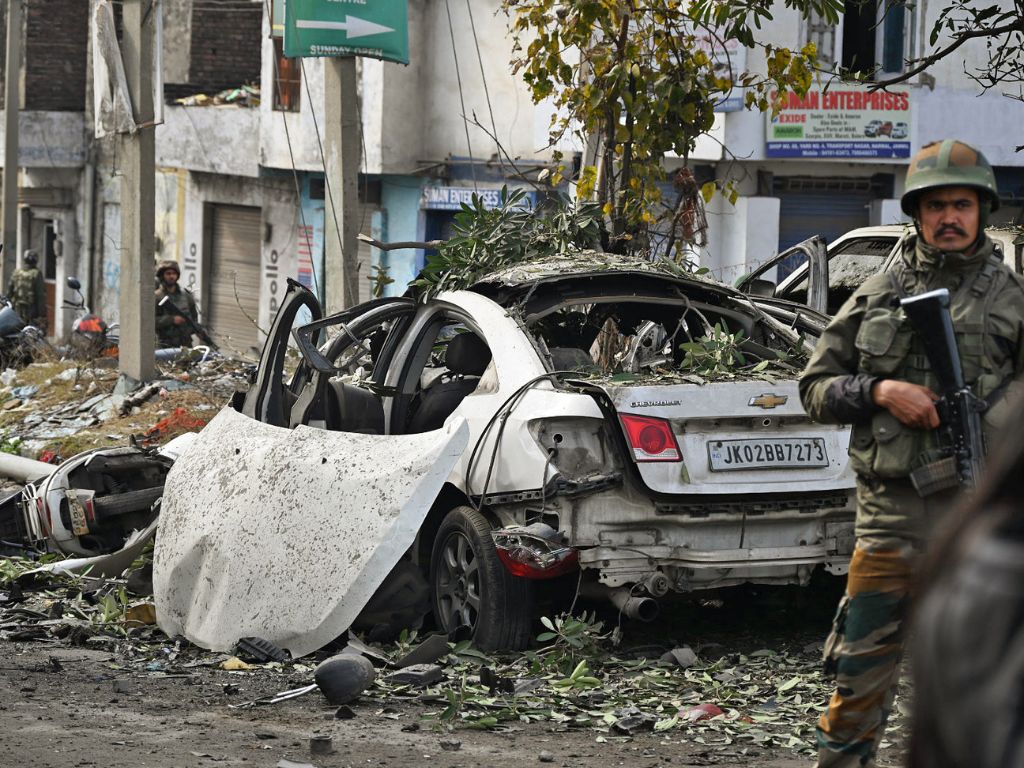 Security personnel stand guard at a site where twin blasts occurred in the Narwal area of Jammu, India, on Saturday, January 21, 2023. (ANI Photo)

Seven people were injured in two explosions within a span of 15 minutes in Jammu on Saturday (21), sources said.

The additional director general of police (Jammu zone) confirmed the explosions and injuries to six people.

Hospital sources, however, said seven people were admitted with splinter injuries and all of them are “stable”.

The blasts in the transport yard of Narwal were triggered by suspected terrorists at a time when security agencies in the region are on high alert amid the ongoing ‘Bharat Jodo Yatra’ (Unite India March) of the Indian National Congress and the upcoming Republic Day celebrations.

The first blast occurred around 10.45 am local time, followed by another explosion, an official said, adding that the whole area was cordoned off and a search operation underway.

Jaswinder Singh, an eyewitness, said the first blast occurred in a vehicle that was sent to a workshop for repairs.

Fifteen minutes later, another explosion nearby littered the area with damaged parts and garbage, said Singh, chief of the Motor Spare Parts Association.

Five people were injured in the first blast and two more in the second, he added.