Any Military Drone Crossing Border From Pakistan Will be Shot Down: Army 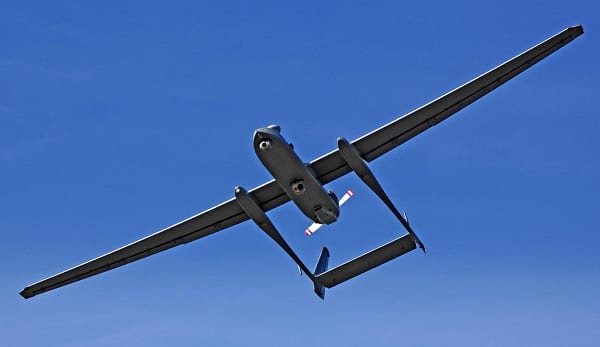 The Punjab Police on Sunday claimed to have busted a terror module of the Khalistan Zindabad Force (KZF), backed by a group based in Pakistan and Germany. It said the terror group was conspiring to unleash a series of strikes in Punjab and adjoining states (Photo: IDF via Getty Images).

AMID reports of drones being used to drop weapons from across the border, a top Army commander on Wednesday said Indian armed forces are capable of identifying such devices and any military drone venturing towards Indian side from Pakistan will be “shot down”.

Interacting with reporters on the sidelines of a first-of-a-kind seminar on artificial intelligence, at Hisar Military Station, South Western Command chief Lt Gen Alok Singh Kler also said there was “nothing to worry” at the moment.

“At present, the drones that you see being demonstrated at the event here, their capacity for carriage is very low. And, what we are hearing, the reports coming about drone being used across the border, their capacity is (also) very small.

“So, there is no need to worry,” he said when asked about the reports of drones being used across the border.

Lt Gen Kler said the systems and radars of the Indian armed forces are in place.

“And any military use of any drone, which comes to our side will be shot down by the capabilities of the Indian Air Force and the Army,” he said.

GPS-fitted drones capable of lifting up to 10 kg flew in from Pakistan seven to eight times to airdrop the cache of arms, ammunition and fake currency seized in Punjab’s Tarn Taran district, according to a probe by Punjab Police.

The Punjab Police on Sunday claimed to have busted a terror module of the Khalistan Zindabad Force (KZF), backed by a group based in Pakistan and Germany. It said the terror group was conspiring to unleash a series of strikes in Punjab and adjoining states.

During investigation, the accused revealed that drones were used to airdrop arms and ammunition, officials of the Counter-Intelligence Wing of the Punjab Police said.

Hisar Military Station is home to the 33rd Armoured Division of the Army.

On use of AI in Army, Kler said: “From information to intelligence, direct destruction, for all such military capabilities, AI is going to be used”.

“Initially, it will be for constructive use, helping the commander take his decision. Taking an information and converting into intelligence, that is possibly the first usage of AI for Army in a constructive manner,” he said.

“But, soon we will have to take into account the disruptive use of artificial intelligence,” he said.