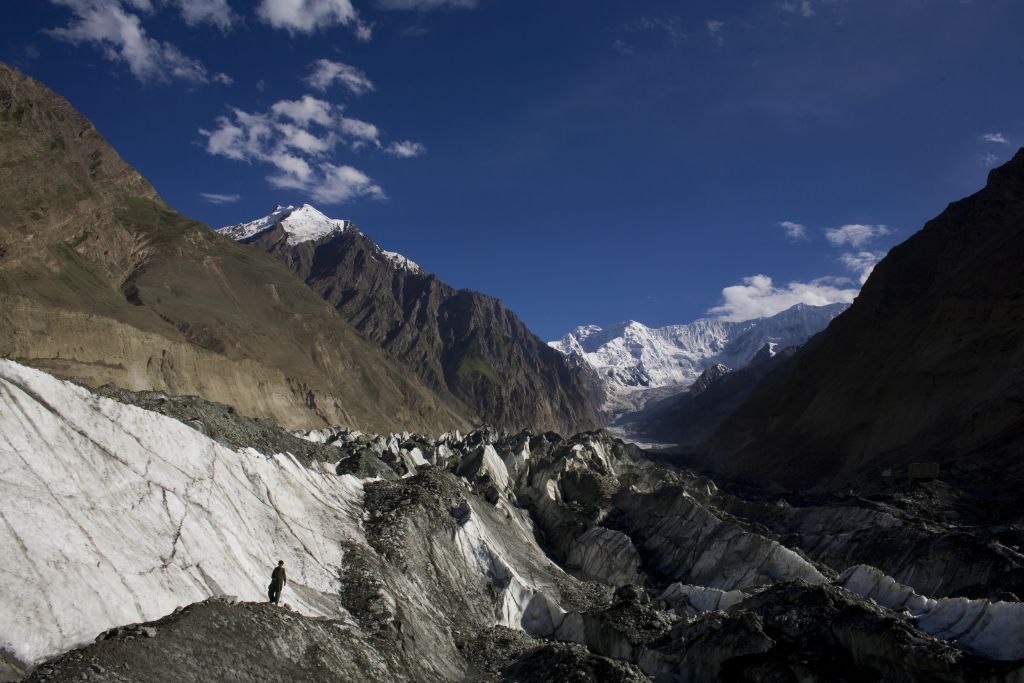 An overview of Hopar glacier on July 6, 2007 in the Nagar district of Gilgit-Baltistan in Pakistan-administered Kashmir. (Photo by Paula Bronstein /Getty Images)

With food crisis taking a serious shape in Pakistan, the south Asian nation is set for more challenges, especially on the political front. According to a report by India Today, its Gilgit-Baltistan region has made the headlines as the residents there have protested over the Pakistan government’s allegedly discriminating policies and even sought a reunion with India in Ladakh.

A number of videos have also surfaced on social media showing the extent of the local people’s dissent.

A huge rally in Gilgit Baltistan can be seen demanding the reopening of the Kargil Road and reunion with their fellow Baltis in the Kargil district of the union territory of Ladakh in India. @trk_media pic.twitter.com/HPF64LVVjw

One of them showed a big rally in Gilgit-Baltistan where demands were raised for reopening of the Kargil road and reunion with fellow Baltistan residents in the Kargil district of the Indian union territory of Ladakh.

Protests have been happening in the region for the past 12 days where people have raised issues such as restoration of subsidies on wheat and other food items, electricity crisis, illegal occupation of land, and exploitation of natural resources, the report added.

The issue of land has continued for decades but since 2015, the local people have been saying that it belongs to the people of Gilgit-Baltistan. But the district administration has said that the land has not been transferred to any individual belonging to Pakistan.

The country, which faced devastating floods last year that caused huge number of deaths and financial losses, is currently grappling with a major economic crisis with people struggling to make ends meet.

During the talks, Sharif sought a loan worth $2 billion for his country and an additional $1 billion in the name of flood relief, which the gulf nation has granted, according to Islamabad.

However, the UAE did not immediately acknowledge the rollover of the loan and the granting of the additional billion, it was reported.

A day earlier, Sharif said several countries and some of the world’s institutions have pledged $9.7 billion to help Pakistan rebuild from the catastrophic flood that killed over 1,700 people.

Gilgit Baltistan is famous for its magnificent glaciers which feed rivers (River Indus), which account for 75 per cent of the stored water supply in Pakistan.