Australian Open 2023: Irked by taunting fan, Novak Djokovic complains to umpire: ‘Get him out of stadium’ 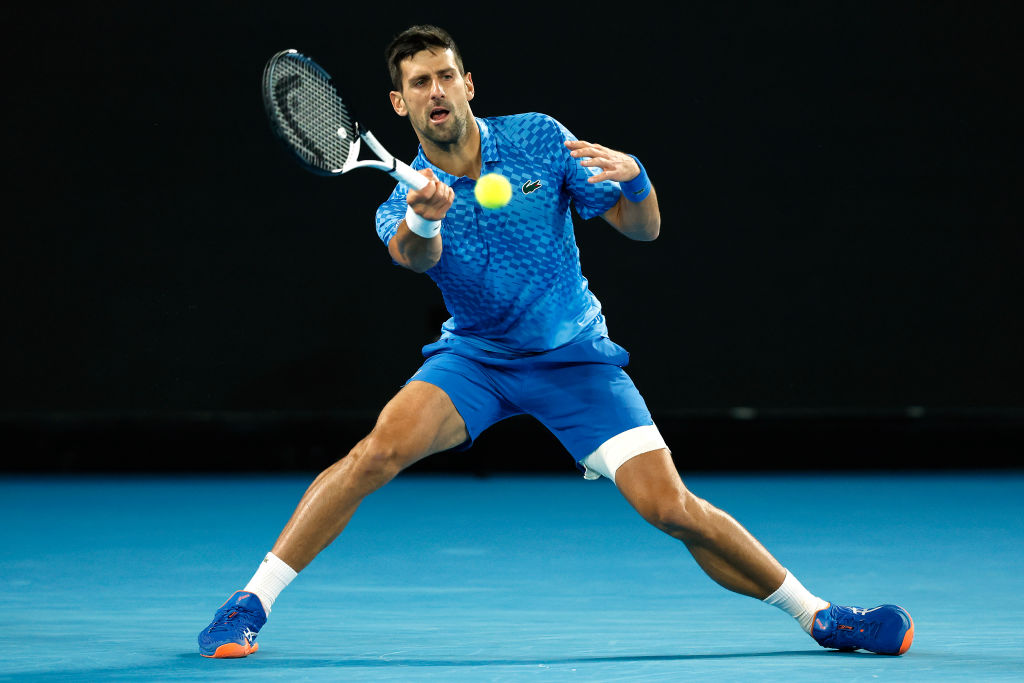 Novak Djokovic of Serbia plays a forehand in their round two singles match against Enzo Couacauo of France on Day 4 of the 2023 Australian Open at Melbourne Park on January 19, 2023 in Melbourne, Australia. (Photo by Darrian Traynor/Getty Images)

For Novak Djokovic, facing problematic fans is not new and it was proved again on Thursday (19) when he was playing his second-round match at the Australian Open 2023 against France’s Enzo Couacaud.

The situation escalated during the fourth set of the match when the 35-year-old 21-time Grand Slam winner complained to the chair umpire about the alleged provocation he faced from some fans at the venue — Rod Laver Arena.

Djokovic, who could not play the tournament Down Under last year due to Covid-19 vaccination issues, found his serve routines getting constantly disrupted by shouts from the fans. He was also taunted.

The ace player, who has been battling a hamstring injury he sustained last week, then approached the umpire, Fergus Murphy and said while pointing towards the direction of the accused fans, “The guy is drunk out of his mind.” He then urged the official to evict the fan from the stadium.

“From the first point, he’s been provoking me. He’s not here to watch tennis, he just wants to get in my head, you heard him at least 10 times, I heard him 50.

“What are you going to do about it? Get him out of the stadium,” Djokovic said.

The set of fans, who were dressed in red and white striped ‘Where’s Waldo?’ costumes, were seen being escorted out of the venue after the game ended.

Last week, Craig Tiley, the head of Tennis Australia – the organisers of the Australian Open – told Australia’s Herald Sun that those who unreasonably taunt the Serbian player would be removed from venues: “If they disrupt the enjoyment of anyone else – boom, they are out.

“We don’t want them on site … They can stay away or we will kick them out.”