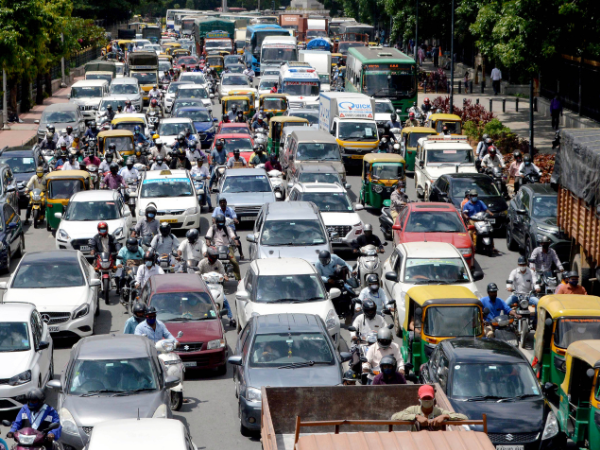 Traffic in Bengaluru, India’s information technology (IT) capital, is known to be notorious. The city-based IT industry often loses millions because of traffic snarls that take several hours to clear.

But amid this, there are also inspiring stories of people defying the challenge on the streets to reach their duty on time. One such man is Govind Nandakumar, a doctor by profession, who recently ran three kilometres to reach a hospital to perform a crucial surgery on a woman after his car got stuck in a horrible traffic congestion. The surgery went well and the patient was released on time.

Dr Nandakumar, a gastroenterology surgeon at Manipal Hospital in Sharjapur in southeast Bengaluru, performed an emergency laparoscopic gallbladder surgery on a middle-aged woman at 10 am on August 30. But his car got stuck in traffic on the Sarjapur-Marathalli stretch, one of the busiest routes in the city, especially at peak hours.

The surgery was successful, and the patient was discharged on time.

The doctor left his car with the chauffeur and ran for three kilometres to reach the hospital to perform the surgery. It was a successful one and the woman was doing well, India Today reported.

“I commute every day from central Bangalore to Manipal Hospitals, Sarjapur, which is in the southeast of Bangalore. I left home well in time for the surgery. My team was all set and prepared to perform the surgery as soon as I reached the hospital. Looking at the huge traffic, I decided to leave the car with the driver and ran towards the hospital without thinking twice,” Dr Nandakumar was quoted as saying by India Today.

The doctor’s team, which was ready to begin the process of inducing anesthesia on the patient, got into action as soon as he reached the operation theatre. A delay in the surgery would have left the woman suffering more from pain.