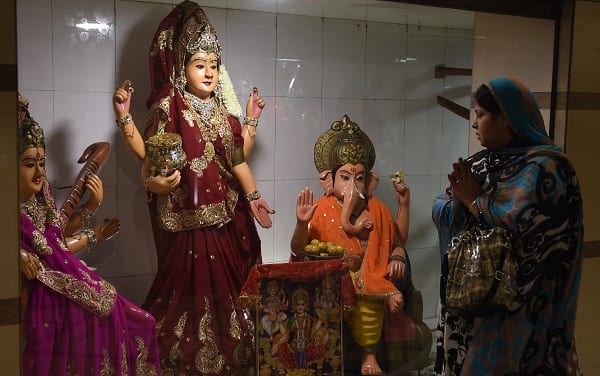 The violence erupted in the southern province of Sindh after a student accused the Hindu principal of blasphemy in comments about the Muslim Prophet Mohammad. The enraged crowd ransacked the school and damaged a nearby temple, a district police chief said (Photo: ASIF HASSAN/AFP/Getty Images).

A CROWD in Pakistan ransacked a school and Hindu temple after a Hindu principal was accused of blasphemy, police said on Monday (16), the latest case to raise concern about the fate of religious minorities in the predominantly Muslim country.

The violence erupted in the southern province of Sindh after a student accused the Hindu principal of blasphemy in comments about the Muslim Prophet Mohammad.

The enraged crowd ransacked the school and damaged a nearby temple, a district police chief said.

The principal had been taken into protective custody and police were investigating both the alleged blasphemy and the rioters, he added.

“It seems the principal had not done anything intentionally,” the district police chief, Furrukh Ali said.

Insulting Islam’s Prophet Mohammad carries a mandatory death penalty in Pakistan, which is about 95 per cent Muslim and has among the harshest blasphemy laws in the world.

No executions for blasphemy have been carried out in Pakistan but enraged mobs sometimes kill people accused of it.

Rights groups say the blasphemy law is often exploited by religious hardliners as well as ordinary Pakistanis to settle scores.

The independent Human Rights Commission of Pakistan condemned the weekend violence, footage of which was recorded in a video and circulated on social media. It called on authorities should take prompt action.

“The video … is chilling: mob violence against a member of a religious minority is barbaric, unacceptable,” the commission said in a post on Twitter.

Hindus make up about 1.6 per cent of Pakistan’s population of 208 million, the majority of whom are Sunni Muslims.

In January, the Supreme Court upheld the acquittal of a Christian woman who spent years on death row after being convicted of blasphemy in a case that had drawn alarm from religious and human rights advocates.

In March, Pakistan’s government sacked a provincial minister for making offensive comments about Hindus as tension between Pakistan and Hindu-majority neighbour India ran high after a militant attack in Kashmir.