Bumrah’s Second Innings Spell In First Test Is One Of The Best By An Indian Fast Bowler: Arun 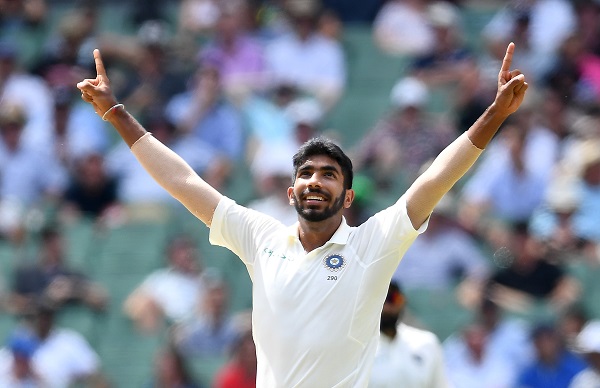 JASPRIT BUMRAH’S situational awareness is unmatched and his five-wicket haul in the second innings of the opening Test against the West Indies is one of the “best spells of fast bowling” by an Indian, feels the team’s bowling coach Bharath Arun.

Bumrah, who was given a month’s break after the World Cup, looked rusty in the first innings in Antigua but came back to claim five 5 for 7 in 8 overs as India thrashed West Indies by 318 runs in the opening World Test Championship match.

“Bumrah is a thinking bowler. He is aware of situations and adjusts himself beautifully. If you see the lengths that he bowled in the second innings, he pitched the ball up and was getting appreciable movements,” Arun told reporters here.

“That’s the best spell of fast bowling I have seen from an Indian in a long, long time,” he added.

For Arun, a coach’s priority is to ensure that execution part is perfect as the outcome is then taken care of.

“Well, wickets are the outcome but I am not always looking at the outcome. I am looking at the execution part and that was exactly what was discussed with Bumrah after the first innings,” Arun said about India’s pace spearhead, who had figures of 1 for 5 in 18 overs in the first essay.

“His execution (in the first innings) was a trifle short and with his style of bowling, he should have pitched it up. Wickets were not a concern as the process of bowling right lengths will eventually get you wickets.”

It is the split second extra that the batsmen need to pick his unorthodox action, which makes Bumrah a difficult proposition, feels the former Test seamer.

“He is consistently bowling 140 clicks over a consistent period of time, and his action is not an orthodox one, so it takes a batsman a second longer to pick up what he is trying to do. What makes him even more potent is the fact that he is so accurate,” said Arun.

When asked about his relationship with the fast bowling unit, which has been revered for consistency over the past 18 months, the 56-year-old attributed it to his clear understanding of the mindset of bowlers.

“My interaction with every bowler is so different from one another. I think, it is extremely important to know the mindset of a bowler and once you are aware of that, it is easier for a coach to give the right feedback.

“With Bumrah, we didn’t need to speak anything about his bowling. We just told him to change the length and he did that. Understanding is necessary as a coach. With, a small tweak you can make the bowler better,” he added.

One of the key aspects of his tenure has been the successful workload management of the bowlers.

“We have taken good care to ensure that their workloads are monitored, so that they remain fresh when we need them. The key to their success has been how their workloads have been managed and how (seriously) these bowlers have taken up the fitness aspect.
“It is not only Ishant and Bumrah, who have got five-wicket hauls, even (Mohammed) Shami bowled beautifully whenever he was given the ball,” Arun opined.