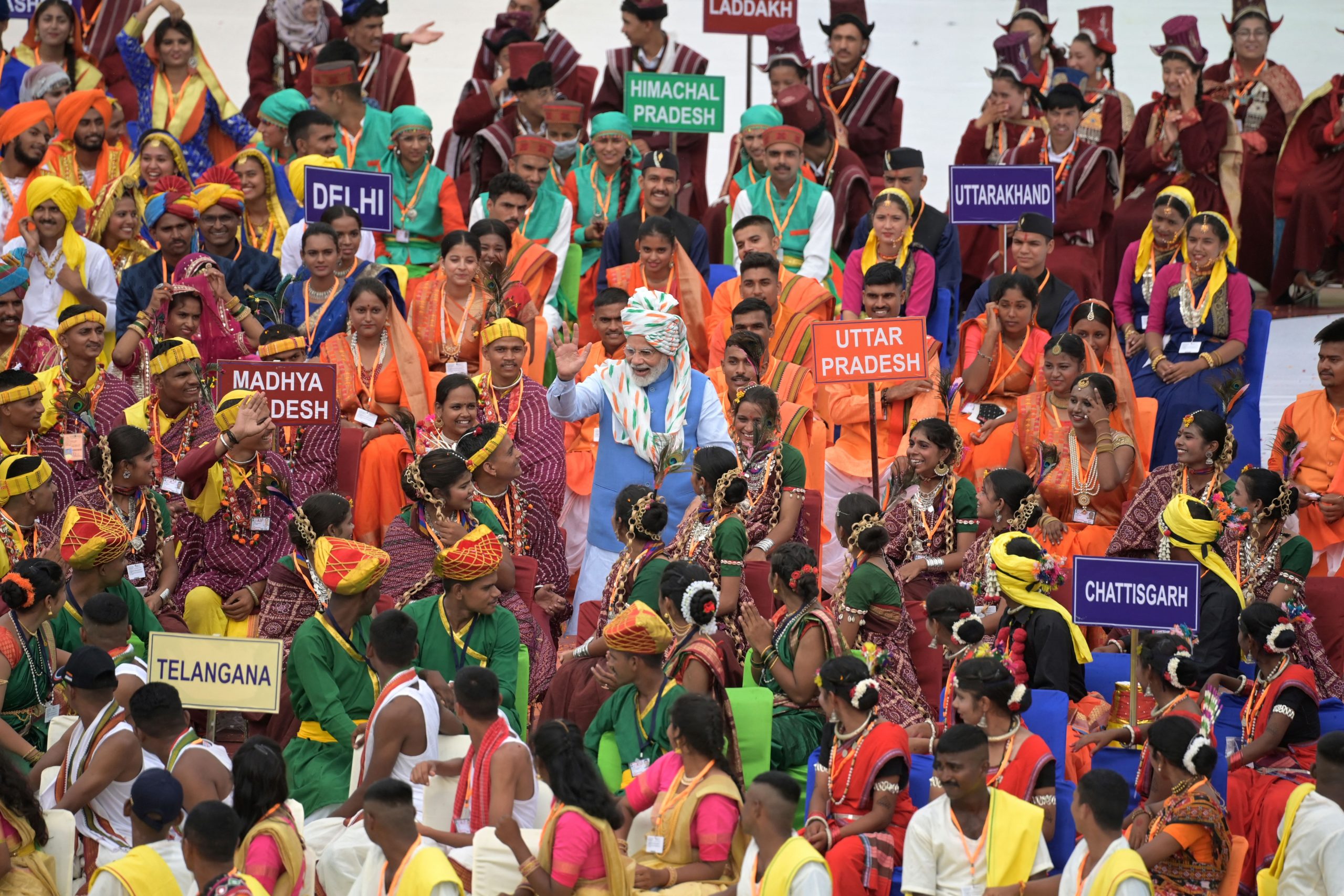 I AM old enough to remember the day of independence in 1947.

I was young and excited, though barely able to understand what it meant. On the night of August 14, in the words of India’s first prime minister Pandit Jawaharlal Nehru (‘as the world slept’), I failed to stay awake and woke up in “free India”.

I don’t recall the 25th anniversary of independence (in 1972), as I was in the US and the Indian community of students at the time was small. The 50th anniversary in 1997 was the last under what seemed to be Congress raj, briefly interrupted by a coalition government supported by the Congress. That was when secular and socialist India, Nehru’s idea of the country, was celebrated.

Now we are celebrating India at 75. There is a difference. In the past 25 years, some ‘old’ nations have disappeared, such as the Soviet Union and Yugoslavia. As we celebrate, people in India (I am in Delhi for the while) are conscious that neighbours like Pakistan and Myanmar are in serious crises. Even Sri Lanka, the darling of many Indian liberals and with a higher human development rating than India, has collapsed into bankruptcy due to misgovernance.

And here is India. As always argumentative, noisy, full of disagreements but still one nation together. That alone is an achievement before boasting about others. Of course, India is post-Congress now. The Bharatiya Janata Party (BJP) is dominant, though still a challenged force. Its style of celebration is different. The slogan everywhere visible is ‘Every home flies a tricolour’ (Har Ghar Tiranga). And they mean it. Better fly the Tiranga visibly.

But there is a lot to celebrate. As always in India, there will be caveats and contrary views. India has much to boast about. Its position in the world (which is one thing Indians always list at the top) is high. With membership of the G20, a seat though not as yet permanent in the UN Security Council, wooed by Russia and China on one side and the US and UK on the other. Call it positive non-alignment if you like, but India at 75 can play a genuinely independent role in world affairs, not just on the strength of its moral leadership, but also as a political and economic power in its own right.

The transformation in India’s economy came (as it does for some late starters) in its 40th year. Youthful illusions about the economic policy of the Nehru dynasty had to be abandoned as India was bankrupt in 1991. Then, from within, came change, reform and maturity. PV Narasimha Rao as prime minister and Dr Manmohan Singh as finance minister opened India’s doors to trade. There was no need to fear the world and shun it. Trade was liberalised and after a decade or so, even foreign capital was welcome. The nightmare of the East India Company was banished.

The 25 years between 1991 and 2016 were a miracle for the Indian economy. India emerged as a champion in the age of digital technology. If an earlier generation wanted to boast about Ahmedabad being India’s Manchester, today the world knows where Bangalore is. The Indian economy grew at its fastest rate for that quarter century period. It is now fifth in terms of total GDP.

In 1965, Henry Kissinger, the globally acknowledged ‘wise man’, said if India and China could feed themselves, all the problems of the world would be solved. Not only can they feed themselves, but they can also grow tall as economies. The world, in the meantime, has found other problems to worry about.

It is hard to imagine how far and fast India has gone in the digital age. The mobile phone would be the ideal emblem of New India. I am sure there is a generation of people below 20 who have never known how to access information in print. In financial technology, there has been a banking and payments revolution, helped by the most digital savvy prime minister. The mobile phone has penetrated into the most remote areas of India.

The one positive result of India’s shift to digital technology (originally encouraged by prime minister Atal Behari Vajpayee) has been freedom from the vagaries and minor tyrannies of the government. Anyone who remembers the old telephones ruled over by the public sector authorities will recall the difficulties of acquiring a device and then the nightmare of arbitrary large bills which had to be paid. That was the old socialism. While India is still secular and socialist, according to the preamble (amended to include those words during the dark days of the Emergency by then prime minister Indira Gandhi) to the constitution, there has been some relief from the vagaries of statism.

But then, India will not be India if there were no disagreements, no differences and no moaning and groaning. The BJP has been in power since 2014, but has not yet replaced the Congress in people’s affections. At least the older generation, who remember the Congress through a taint which gets hazier and more golden as they get older. But then that is their privilege. There will be elections coming (aren’t they always in India?) where other parties will try to erode the BJP’s lead.

India is a democracy and has remained one (excepting the 22 months during the Emergency). That is a bigger achievement than any other and finer than in any other nation of comparable size and diversity. In the course of 75 years, India has not just grown in population – four times – but also as an economy (though there is yet a long way to go before it can be a middle income country), and as an international power.

And don’t forget cricket. The Indian Premier League (IPL) has revolutionised the game. Its model is now being copied round the world. Even the US is being readied for the pleasures of this originally English, but now Indian, sport.

The empire can strike back. It has begun to do so. Onwards to India at 100.