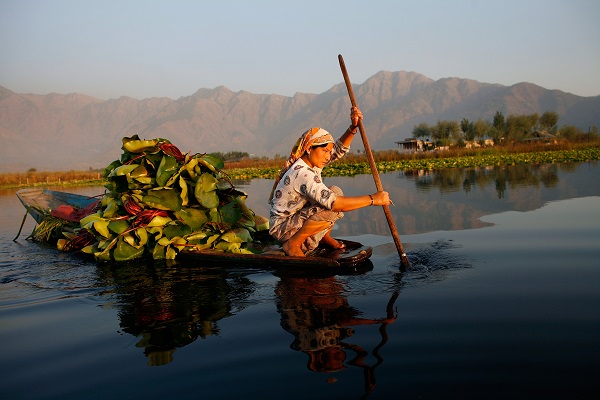 Ambassador also pointed out that the change was an internal administrative reorganisation and “had no external ramifications whatsoever, and was intended to enable good governance and provide social and economic justice to the people of the state of Jammu and Kashmir, affording them the same rights available to citizens in other parts of India.” (Photo: Getty Images).

CHINA’S concern over the revocation of the special status of Jammu and Kashmir is ‘misplaced’ as the decision has no implication for the external boundaries including the Line of Actual Control with it, India’s envoy here has said.

In his first press conference with the Chinese media after the abrogation of Article 370 on August 5, Ambassador Vikram Misri on Tuesday (27) reiterated India’s clear stance that the move was intended to be a temporary and transitional provision, and the amendment of the Constitution was purely an internal matter, and the sole prerogative of India.

Ambassador also pointed out that the change was an internal administrative reorganisation and “had no external ramifications whatsoever, and was intended to enable good governance and provide social and economic justice to the people of the state of Jammu and Kashmir, affording them the same rights available to citizens in other parts of India.”
He said that it has “no implication for either the external boundaries of India or the Line of Actual Control (LAC) with China”.

India is not raising any additional territorial claims, he said, adding “the Chinese concerns in this regard were therefore misplaced”.

In its first statement, the Chinese foreign ministry objected to the formation of Ladakh as union territory, highlighting China’s claims over the area.

On the revocation of the special status to Jammu and Kashmir, it said that China was “seriously concerned” about the current situation in Kashmir and called on the “relevant sides” to exercise restraint and act prudently.

Misri said, “So far as the India-China boundary question is concerned, the two sides had agreed to a fair, reasonable and mutually acceptable settlement of the boundary question on the basis of the 2005 Political Parameters and Guiding Principles.”

He said that India’s stand over the boundary issue had been articulated by Indian external affairs minister S Jaishankar during his recent visit to Beijing.

India and China have held 21 rounds of talks so far to resolve the differences over the 3,488-km long LAC.

Misri also highlighted prime minister Narendra Modi’s assertion at the just concluded G7 Summit that the “issues between India and Pakistan were purely bilateral and were not international in nature”.

“The recent informal consultations of the UN Security Council in New York had also indicated that India-Pakistan issues were bilateral and could only be resolved bilaterally,” he told the Chinese media.

It was China, a close ally of Pakistan, that had asked for “closed consultations” in the UN Security Council to discuss India revoking the special status to Jammu and Kashmir.

About, the forthcoming 2nd informal summit between Chinese President Xi Jinping and prime minister Modi in India later this year, Misri said similar to the first edition held at Wuhan last year, the two leaders could discuss regional, international and bilateral issues, and that the format of the meeting was conducive to this.

He also referred to the expansion in bilateral relations over the past decades into a full-spectrum relationship.

“There was a diverse array of bilateral mechanisms as well as progress in many areas. Areas such as increasing people-to-people contacts, exchanges and understanding, as well as strengthening understanding between the media, were important areas for further efforts. It was important to try to understand each other’s perceptions and to look beyond the headlines,” he said.

In response to a question on 5G technology, Misri said that no decision has been taken by the Government of India.

“Any decision in this regard would be taken on the basis of India’s national interest and not in response to any kind of external pressure,” he said, amidst efforts by the US for a global ban on Huawei’s 5G products by raising cyber snooping concerns.

China has called on India to take independent judgement about permitting Huawei to conduct 5G trials.