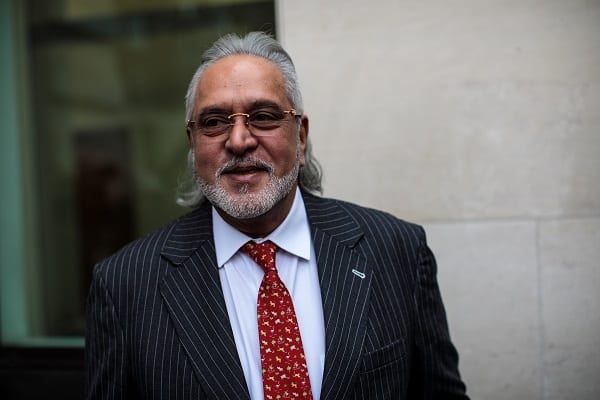 The CBI claimed investigation of cases filed against Mallya is at a crucial stage in the London High Court and parting information at this stage would impede the probe, hence it should be exempted under Section 8(1)(h) of the RTI Act (Photo: Jack Taylor/Getty Images).

THE Central Information Commission (CIC) has allowed the Central Bureau of Investigation (CBI) to withhold information relating to expenses incurred on the extradition process of embattled liquor baron Vijay Mallya from the UK calling it as administrative spending which is out of the ambit of the transparency law.

Deciding on a plea of Pune-based activist Vihar Durve, Information Commissioner Divya Prakash Sinha said the expenses were by the Indian government to bring back Mallya to India.

He said information sought in this RTI application pertains to administrative action and legal expenses which is nowhere related to allegation of corruption and human rights violation.

The CBI claimed investigation of cases filed against Mallya is at a crucial stage in the London High Court and parting information at this stage would impede the probe, hence it should be exempted under Section 8(1)(h) of the RTI Act.

The Section 24 of the RTI Act exempts security and intelligence agencies including the CBI from the ambit of the transparency law but if the applicant seeks any material in any form held by the agency pertaining to “allegations of corruption”, the exemption does not apply.
“The allegations of corruption and human rights violation should be construed to mean verifiable allegations, in other words, a mere charge of corruption or human rights violation is not sufficient in the absence of any supporting material that proves such charge in its evidentiary value has strength,” Sinha said.

He said it is a well-settled proposition that every RTI applicant who utters the word ‘corruption’ or alleges corruption or violation of human rights does not become entitled to get information from public authorities exempted under section 24(1) of the RTI Act.

“… Merely because appellant is of the opinion that the swindling of money by Vijay Mallya to the tune of Rs. 90 billion and not putting forward the factual reality of conditions of jails before the Extradition Court of London amounts to corruption and human rights violation respectively, the proviso to Section 24(1) will not become operative,” he said.

“There are number of CIC judgements that have asked the exempted organisations to provide information to an RTI applicant,” the former commissioner said.

The CBI which holds information itself has invoked Prevention of Corruption Act in its probe, what more cogent reason is needed to justify proviso of allegations of corruption, he said.

Through his RTI application, Durve had sought information from the CBI on six points including total legal expenditure and consultation fees (in India and abroad); total travelling expenditure; names of lawyers to whom fee were paid by the government to extradite Mallya.

The agency tried to shield itself from disclosure citing exemption given to it from the RTI under Section 24 and Section 8(1)(h) of the Act.

The CBI had refused to share the information under the RTI Act about legal and other expenses incurred on Mallya’s extradition from the UK where he had escaped in 2016 after the agency diluted a lookout circular against him in 2015.

Mallya is contesting his extradition in the UK courts.

During the last hearing, the Information Commissioner had sought written submissions from the CBI and Durve to explain their positions.