Congress Fields Ajay Rai From Varanasi To Fight Against Modi 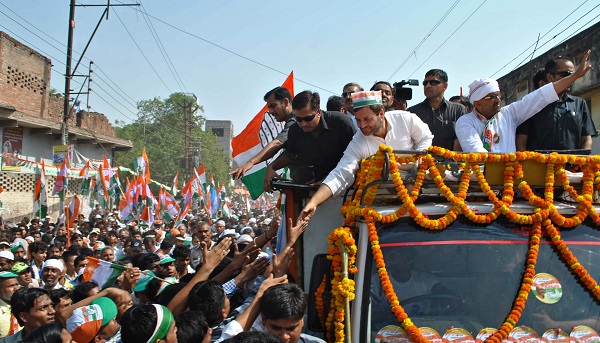 The ‘will she, won’t she’ suspense finally ended in a sort of anticlimax with the nomination of Rai, who unsuccessfully contested against Modi in 2014 and finished third in the contest after the BJP leader and Aam Aadmi Party’s Arvind Kejriwal (Photo: STRDEL/AFP/Getty Images).

THE Congress today (25) fielded Ajay Rai from Varanasi to take on prime minister Narendra Modi, ending speculation on a possible blockbuster electoral duel between Priyanka Gandhi Vadra and the prime minister in the temple town of Uttar Pradesh.

The ‘will she, won’t she’ suspense finally ended in a sort of anticlimax with the nomination of Rai, who unsuccessfully contested against Modi in 2014 and finished third in the contest after the BJP leader and Aam Aadmi Party’s Arvind Kejriwal.

Speculation on Priyanka Gandhi making her electoral debut from Varanasi had been rife for the past few weeks and was fuelled after Congress president Rahul Gandhi, to a question on whether he planned to field his sister against PM Modi, said last week, “I will leave you in suspense. Suspense is not always a bad thing.”

Priyanka Gandhi herself added to the buzz by saying on Tuesday (23) that she would abide by her party’s decision on the matter.

The Samajwadi Party on Monday (22) declared Shalini Yadav, who joined the party Monday (22) evening, as its candidate from Varanasi.

After years of working in Congress backrooms, Priyanka Gandhi joined full-time politics in February as in-charge of eastern Uttar Pradesh, hoping to change the party’s fortunes in the ongoing Lok Sabha election.

Varanasi constituency will go to the polls in the last phase on May 19.

With the announcement of the two seats, the Congress has named candidates for 424 seats in all.

Prime minister Modi will file his nomination papers for the Varanasi Lok Sabha seat on Friday (26) in the presence of senior leaders, including JD(U) president Nitish Kumar, and Shiv Sena chief Uddhav Thackeray.

In 2014, Modi won the seat by a margin of over three lakh votes against Aam Aadmi Party leader Arvind Kejriwal. While Modi got over 5,81,000 votes, Rai managed about 75,000 votes.