Congress To Boycott BDC Polls In Jammu And Kashmir 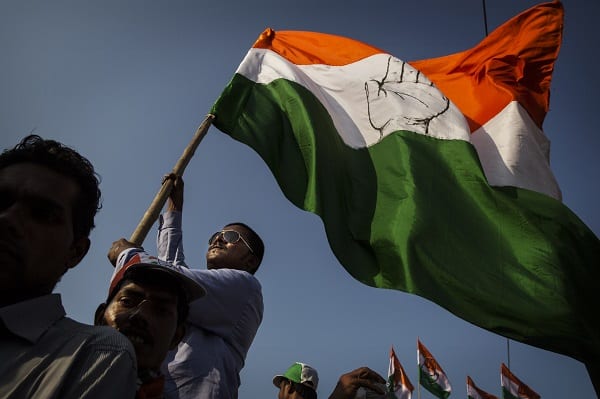 IN a U-turn, the Congress on Wednesday announced it will boycott the upcoming Block Development Council (BDC) polls in Jammu and Kashmir, days after saying it will take part in the October 24 election.

The opposition party cited the “indifferent” attitude of the state administration and the continued detention of its senior leaders in the wake of the Centre revoking the state’s special status under Article 370 of the Constitution to justify its decision to boycott the polls.

The BDC polls will be the first to be held in the state since its special status under Article 370 was revoked on August 5.

Despite expressing its reservation on the timing of the polls and the ongoing security situation in the state, the Congress, along with the National Panthers Party, had decided to take part in the BDC election last week.

“The Congress believes in strengthening of democratic institutions and it has never shied away from any polls. But today, we are compelled to take a decision to boycott the BDC polls due to the indifferent attitude of the state administration and the continued detention of senior party leaders in the valley,” Ghulam Ahmad Mir, the Jammu and Kashmir unit chief of the grand old party, told reporters here.

Mir, who himself was released from house arrest in Jammu recently, accused the state administration of deliberately creating hurdles for the mainstream political parties in the state in order to facilitate the victory of the ruling Bharatiya Janata Party (BJP) in the BDC polls.

“They have kept leaders and cadres under detention. They did not allow political activity to take place and the Congress was deliberately targeted in this exercise,” the Pradesh Congress Committee (PCC) chief said.

Mir said the Congress had approached the State Election Commission for facilitating a smooth movement of its leaders after deciding to take part in the polls.

“We had issued letters to candidates for taking part in the BDC polls so that we could contribute to the democratic exercise and some of our candidates had also filed their nominations,” he said.

However, since Wednesday was the last day for filing of nominations, “we have decided to stay away from the polls, which should have been deferred taking into consideration the prevailing situation in the state, as was demanded by all opposition political parties”, Mir added.

Accusing the state administration of favouring the BJP, he said Congress leaders were being denied security and not allowed to move out of their homes at a time when the Director General of Police had put the number of active militants in the state at 300.

“We are continuously being harassed, despite being a responsible national party. We were ready for the election because it was the dream of our leader Rajiv Gandhi to strengthen the panchayati raj institutions, but the government forced us to boycott the polls,” the Congress leader said.

Stating that the administration was holding the polls under the state’s Constitution, instead of in accordance with the 73rd amendment of the Constitution, he said, “The three-tier system was introduced by the Congress through an amendment in the state Panchayati Act. The BJP, during its rule, abolished the Act under which, everyone was elected by the electorate.”

“By holding the BDC polls without consulting the mainstream parties, the governor’s administration is fulfilling his goal or the goal of the ruling party. They are holding the BDC polls in those blocks where the number of panches is one or three,” Mir said, adding that elections were not held in 12,500 panchayats last year and instead, the BDC polls were being conducted.

He said the Congress leadership had appealed for a deferment of the BDC election the day it was announced because the situation was not conducive and there was no political atmosphere as a number of leaders were under detention.

Mainstream political leaders in the valley, including former chief ministers Farooq Abdullah, Omar Abdullah and Mehbooba Mufti, have either been detained or placed under house arrest since the government announced abrogation of Article 370 over two months ago.

The state administration had last week said the political leaders, who were under house arrest in the valley, would be released in a phased manner after a proper analysis of every individual.