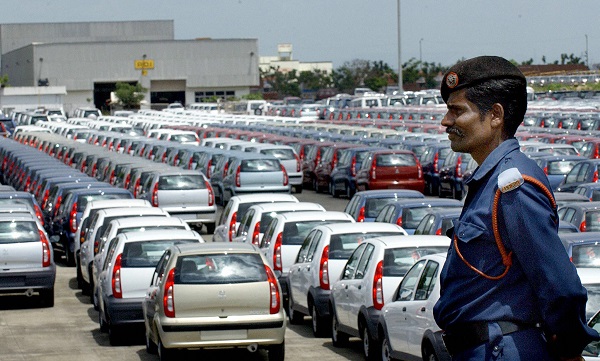 HAILING the reduction in corporate tax and other fiscal relief measures as “bold”, policymakers on Friday said the government’s decision has infused fresh energy into the industry and will boost economic growth.

“I would like to thanks FM @nsitharaman for announcing cut to the corporate tax rate for all domestic companies which has been reduced to 22 per cent from the current which was nearly 35 per cent,” he said in a tweet:

Women and Child Development Minister Smriti Irani said the “landmark tax reforms” introduced by the government will give major boost to ‘Make in India’, promote growth and increase investments.

Minister of State for Finance Anurag Thakur said the step to cut corporate tax is historic.
“It will give a great stimulus to #MakeInIndia, attract pvt invstmnt frm across the globe,improve competitiveness of our private sector,create more jobs and result in a win-win for 130 crore Indians,” he said in a tweet.

Niti Aayog Vice-Chairman Rajiv Kumar said the announcements are “a solid response to all the Cassendras”.

“I am thrilled at the announcements this morning by the #FinanceMinister. Heartiest congratulations to @narendramodi & @nsitharaman for the bold measures announced.

“Investor sentiments will get a big boost & the #economy will embark on a higher growth trajectory. Historical day,” he said on microblogging site Twitter.

Meanwhile, State Bank of India Chairman Rajnish Kumar said the large reduction in corporate taxes across the spectrum of all companies is perhaps the boldest reform in the past 28 years.

“Such a rate cut will boost corporate bottomline, facilitate a reduction in product prices,” he said.

Additionally, the move to incentivise setting up new manufacturing units in India comes at the most opportune time for foreign companies who could be actively looking for opportunities to invest globally, he said.

“This move could also materially lead to India effectively integrating with the global supply chain and a boost to Make in India campaign!,” Kumar said.

He added that the measures will give a “boost to the animal spirits” of corporate India and will reinvigorate the manufacturing sector that has been going through a difficult phase of late.

Earlier in the day, Sitharaman announced that effective corporate tax rate for domestic companies has been reduced to 25.17 per cent from the earlier nearly 35 per cent, cheering India Inc and stock markets.