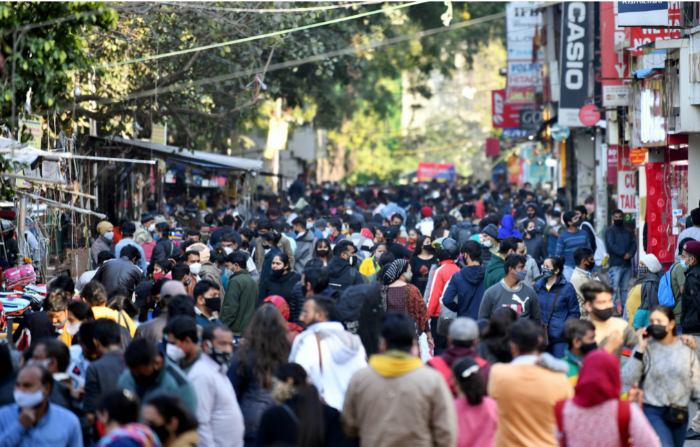 AUTHORITIES in India’s capital Delhi on Friday (28) lifted weekend curfew and allowed restaurants and market places to reopen after the infection rates witnessed a sharp fall.

However, the city will continue to remain under night-time curfew and schools will be shut, Delhi’s lieutenant governor Anil Baijal, who represents the central government led by prime minister Narendra Modi, said.

Restaurants, bars and cinemas will be allowed to operate up to 50 per cent capacity and the number of people at marriages will be capped at 200.
“In view of the decline in positive cases, it was decided to gradually ease restrictions while ensuring adherence to COVID Appropriate Behaviour,” Baijal was quoted as saying by Reuters.

The number of infections in Delhi went down to 4,291 on Thursday (27) from 28,867 on January 13. More than 85 per cent of Covid beds in hospitals across the city were unoccupied, government data showed.

“The hospitalisation is far, far lower compared to what we saw in the previous wave,” Dr. Desh Deepak, a senior physician with state-run Dr. Ram Manohar Lohia Hospital in Delhi, said.

“Most patients who have died had underlying conditions such as cancer or kidney disease and most were not fully vaccinated,” he added.

Last week, authorities eased some curbs to let public offices to be partially staffed but advised people to work from home as much as they can.

India’s capital city has been one of the worst affected one in the ongoing third wave led by the Omicron variant of the coronavirus and the city government imposed curfew on January 4 and asked for closures of schools and restaurants.

Late on Thursday, India’s ministry of home affairs urged the constituent states to remain vigilant and said it was a concern that 407 districts across India’s 34 states and union territories were reporting an infection rate of over 10 per cent, home secretary Ajay Bhalla told them in a letter.