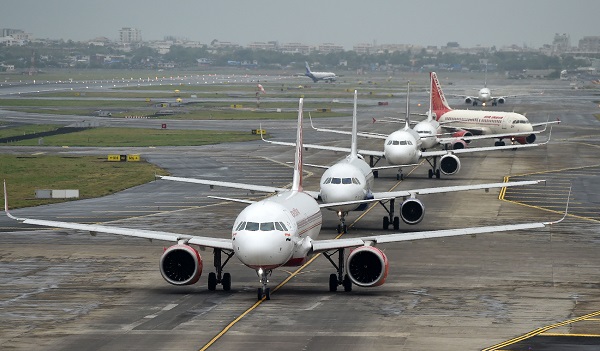 Rizwan Kaskar, the son of Ibrahim’s brother Iqbal Kaskar, was arrested on Wednesday (17) night from the international airport here when he was trying to flee the country, the official said.

Iqbal Kaskar was also earlier arrested in an extortion case and is currently lodged at a jail in neighbouring Thane.

“During his interrogation, Rizwan Kaskar’s name cropped up. Based on the information, a trap was laid and he was detained at the Mumbai international airport on Wednesday night when he was trying to escape from the country,” he said.

He was placed under arrest after detailed interrogation, the official said.

Wadharia, a native of Surat in Gujarat, allegedly worked as a ‘hawala’ operator in Dubai.
Based on a tip-off, he was arrested from the Mumbai airport a couple of days back when he was going to Surat after being deported from Dubai, another official said, adding that he was part an extortion racket here and in Surat.

In June 2017, a Mumbai-based businessman allegedly received an extortion call and was threatened with dire consequences by Machmach, the official said.

During the investigation, it came to light that Wadharia played a key role in that extortion bid, he said.

After Wadharia’s arrest from the airport, the Mumbai Police questioned him and at that time Rizwan Kaskar’s name cropped up along with other suspects, who live in Mumbai and Dubai, he said.

“When Rizwan got the information about Wadharia’s arrest, he tried to escape from the country, but was apprehended by the anti-extortion cell team,” he said.

Wadharia earlier also tried to extort money from some other businessmen in Mumbai and Gujarat and threatened them, the official said, adding that a probe was underway.