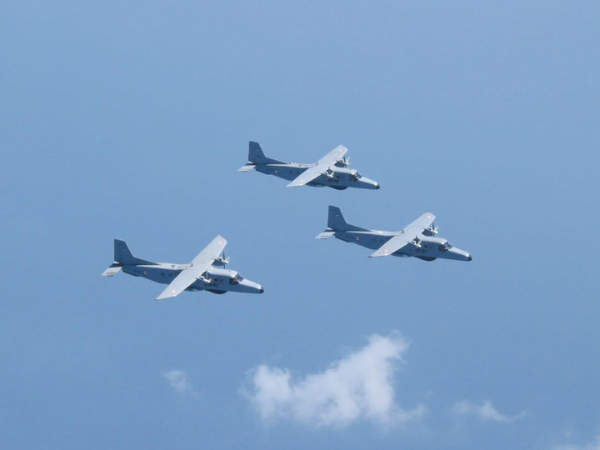 India was set to hand over a Dornier maritime surveillance aircraft to Sri Lanka Navy on Monday (15) at a ceremony in Colombo which will be attended by president Ranil Wickremesinghe.

Vice chief of Indian Navy Vice Admiral S N Ghormade, who is on a two-day visit to the country, accompanied by Indian High Commissioner in Colombo Gopal Baglay will hand over the maritime surveillance aircraft to the Sri Lankan Navy.

He said the ceremony would be taking place at the Sri Lanka Airforce base in Katunayake adjoining the Colombo international airport. Recalling the arrangement, the Sri Lankan officials said that during the Defence Dialogue between India and Sri Lanka held in January 2018 in New Delhi, Sri Lanka had sought the possibility of obtaining two Dornier Reconnaissance Aircraft from India to enhance the maritime surveillance capabilities of the island nation.

The aircraft will be flown and maintained only by 15 Sri Lanka Airforce crew who were specifically trained in India for four months. The team is consist of pilots, observers, engineering officers and technicians. They will be supervised by the government of India technical team attached to the Sri Lanka Air Force (SLAF).

The handing over of the Dornier aircraft by India comes a day before the Chinese ship ‘Yuan Wang 5’ reached the Southern port of Hambantota for a week. The ship was originally scheduled to arrive at the port on August 11 but its arrival was delayed in absence of permission by the Sri Lankan authorities.

Sri Lanka had asked China to defer the visit amid India’s concerns over it. On Saturday, Colombo granted the port access to the vessel from August 16 to August 22. There were apprehensions in New Delhi about the possibility of the vessel’s tracking systems attempting to snoop on Indian installations while being on its way to the Sri Lankan port.