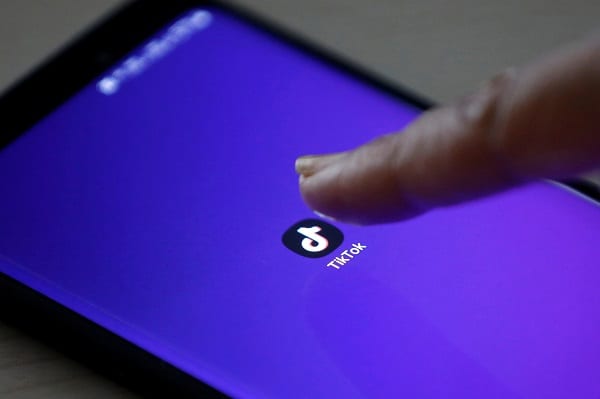 A TikTok video showing a SpiceJet cabin crew member smiling and walking down the aisle of an airplane full of passengers was reported by local Indian media this week, drawing criticism from people on social media (REUTERS/Danish Siddiqui/Illustration).

INDIA’S aviation regulator has told airlines to crack down on the behaviour of flight crew after several videos on popular Chinese video app TikTok showed crew members singing and dancing while on duty, a senior official said.

The warning from the watchdog comes after it found growing examples of social media posts, especially on TikTok, featuring flight attendants grooving to popular tunes or lip-syncing movie dialogues while inside an aircraft.

The Directorate General of Civil Aviation (DGCA) has directed all airlines to rein in such behaviour and will soon seek a compliance report, said a senior official at the department.

“We have issued instructions and told them these are unbecoming,” a DGCA official said, adding a letter had also been sent to airlines about “theatrical performances” by crew members that could put passenger safety at risk.

A TikTok video showing a SpiceJet cabin crew member smiling and walking down the aisle of an airplane full of passengers was reported by local Indian media this week, drawing criticism from people on social media.

SpiceJet Ltd said in a statement on Friday (20) that its crew members were strictly prohibited from shooting pictures or videos onboard and it took strict action against violators.

IndiGo said it had received the communication from the regulator and would take appropriate action where required.

Vistara said expectations on employees’ use of social media were clearly laid out in its social media guidelines and in the training provided.

Owned by China’s ByteDance, TikTok is one of the world’s most popular apps. It has become a sensation in India, where it has been downloaded more than 350 million times, according to analytics firm Sensor Tower.

The app allows users to post short videos with special effects. Hashtags such as #crewlife, #flightattendant are often used for videos involving airline crew and have around 170 million views on the platform.

This week, found dozens of videos that showed crew from airlines such as IndiGo, AirAsia India and Vistara, part-owned by Singapore Airlines, singing, dancing or ramp walking along an aircraft’s aisle.

TikTok did not respond to a request for comment.

One TikTok video from a user, who identified herself as “#Dancer #cabincrew #indigo”, showed her and another flight attendant wearing uniform and dancing to a Bollywood song inside a plane and blowing a kiss to the camera.

In another video, a TikTok user wearing a shirt with a Vistara logo and a fluorescent safety jacket on top is seen dancing to a popular DJ Snake song on an airport apron, with a plane seen in the background.

Earlier this week, Vistara’s chief commercial officer Sanjiv Kapoor told staff in an internal email that posting photos inside or outside aircraft that don’t meet the company’s guidelines was not permitted, and only smart and classy photos that showed the airline in a positive light were allowed.

“But goofy/immature/tacky/cheap “tik-tok type” photos and videos are strictly prohibited,” Kapoor wrote in his e-mail, while also referring to the regulator’s recent notice.