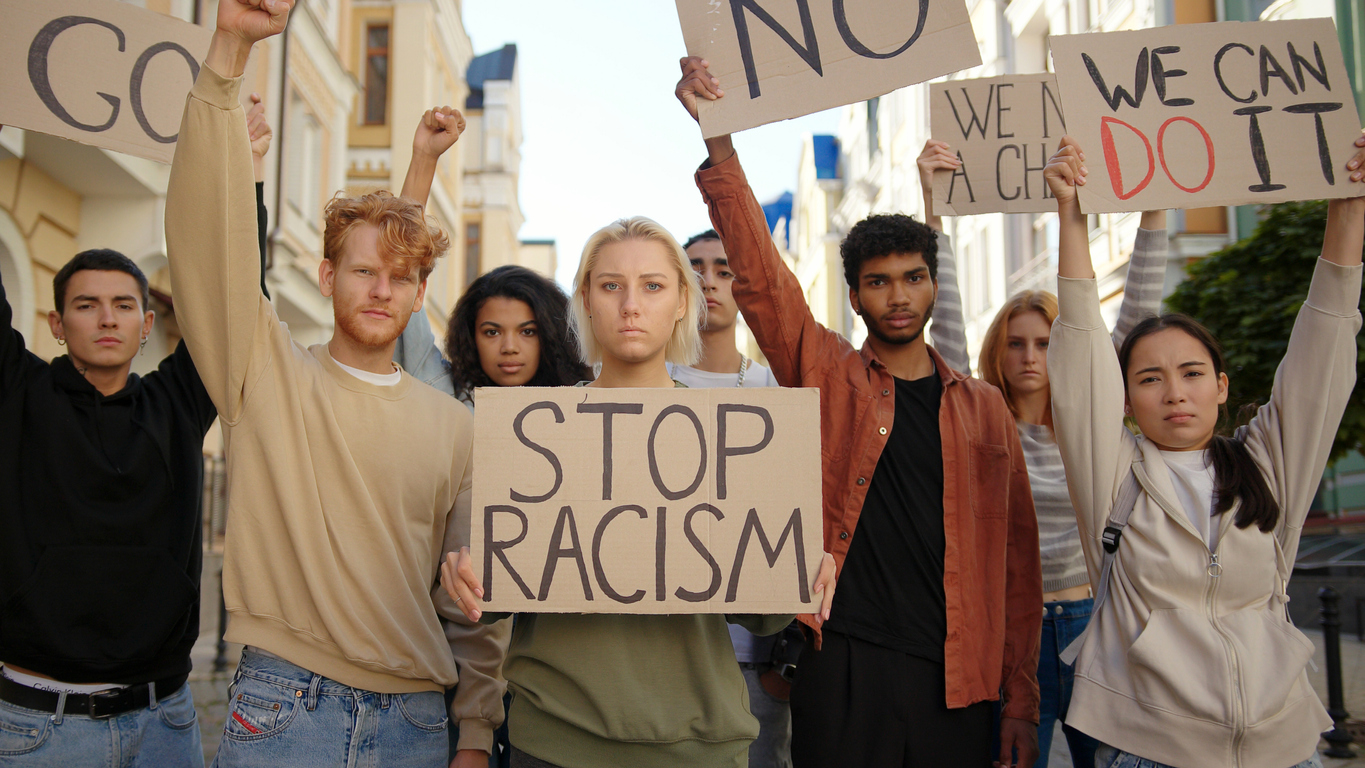 Public demonstration at street against racism with slogans on posters. Multiethnic people protest.

An employment tribunal has found a diversity officer of a broadcaster guilty of racism for her comment that assumed her colleague was “oppressed” because of her Latina heritage.

Rosemary Cook’s “blunt” assumption amounted to stereotyping her colleague’s race, although she did not mean to offend, the tribunal ruled.

It awarded £14,000 in damages to Jane Bradbury who worked as a field engineer at Sky In-Home Services.

Cook’s remark had left Bradbury “very upset” and made her self-conscious about her skin colour, the tribunal heard.

Bradbury, believed to have been based in Stockport in Greater Manchester, took several days off work because of her worries about being treated differently because of her race.

Bradbury who joined Sky as a customer advisor in 2010 moved to the company’s in-home services department eight years later. She qualified as a field engineer and later became an inclusion advocate with Cook.

Bradbury became upset following conservation with Cook who rang her to discuss a presentation on inclusion and diversity.

“It was not specifically about race discrimination but that featured as it was taking place against the relatively recent murder of George Floyd in the US, and the emergence of the Black Lives Matter movement,” the tribunal heard.

During the conservation, “Ms Cook said to Mrs Bradbury words to the effect that she would have suffered oppression because of her race, and the colour of her skin”, it heard.

Bradbury was removed as an inclusion advocate to protect her “emotional well-being”.

She was later sacked as she failed to self-isolate following her return from Spain during the pandemic.

In its ruling, the tribunal said, “Ms Cook appears to have assumed that, as Mrs Bradbury’s skin colour is not white, she must have suffered oppression, which is a form of stereotyping.”

The Telegraph reported that Bradbury lost claims of unfair dismissal as well as a claim of sex discrimination. But she won the race discrimination claim over Cook’s comments.