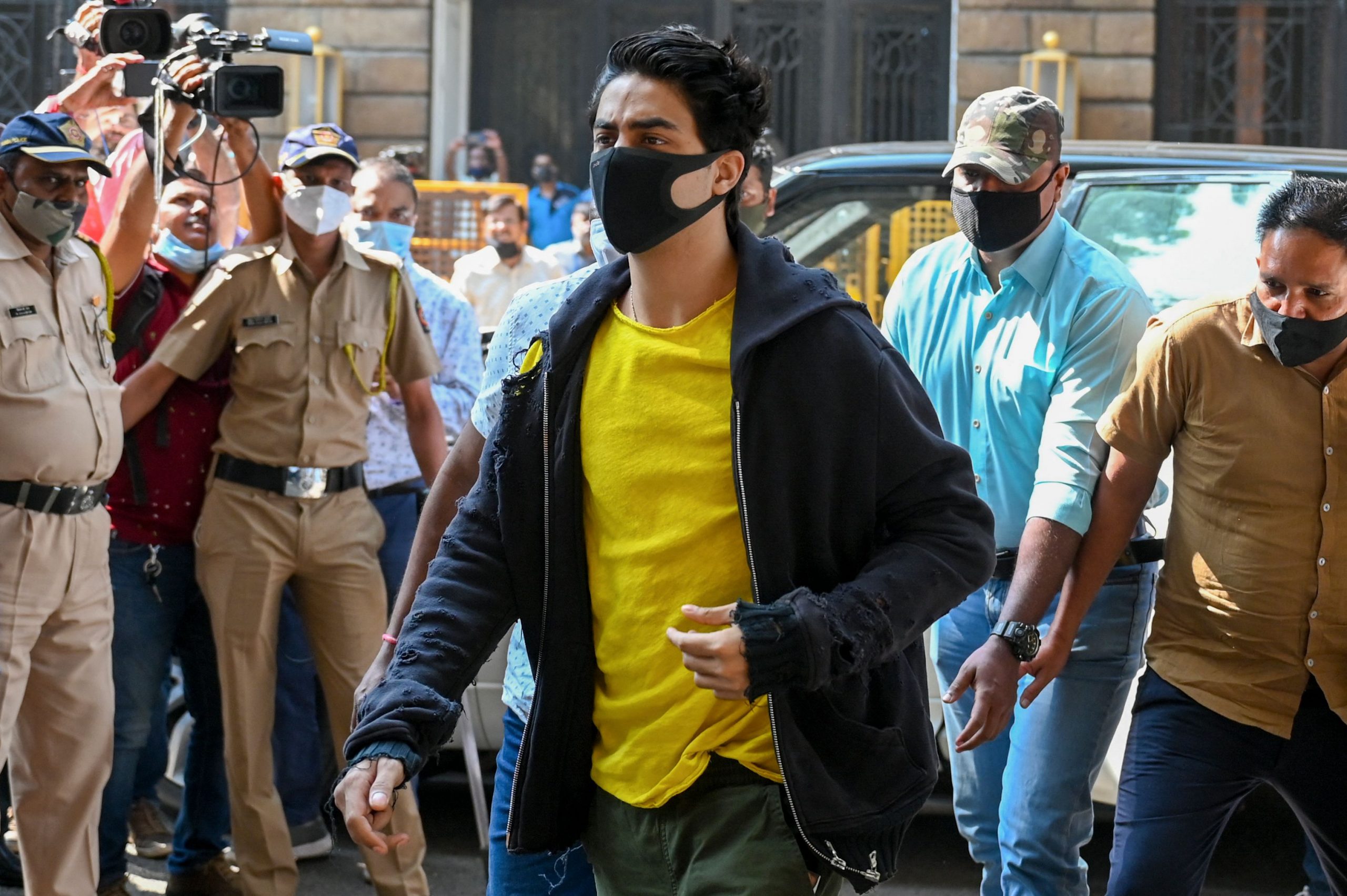 In a major development, Bollywood superstar Shah Rukh Khan’s son Aryan Khan has been given a clean chit by India’s anti-drug agency Narcotics Control Bureau (NCB) in the drugs-on-cruise case. The 24-year-old was arrested last year in the case along with Arbaaz Merchant and Munmun Dhamecha.

In a statement, the NCB said the agency could not find sufficient evidence against Aryan Khan and the five others accused in the case. The anti-drugs agency has filed a 6,000-page charge sheet, naming 14 accused. Besides Aryan Khan, 19 other accused were arrested in the case.

In the statement, the NCB said, “Based on an input, NCB Mumbai had on October 2, 2021, intercepted Vikrant, Ishmeet, Arbaaz, Aryan, and Gomit at International Port Terminal, Mumbai Port Trust, and Nupur, Mohak, and Munmum at the Cordelia Cruise. All the accused persons were found in possession of narcotics except Aryan and Mohak.”

“Based on the investigation carried out by the SIT, a complaint against 14 persons under various sections of the Narcotic Drugs and Psychotropic Substances (NDPS) Act is being filed,” the statement further read.

Aryan Khan was arrested by the NCB on the intervening night of October 2 and 3 last year on charges of drug conspiracy and consuming drugs. NCB officials had raided a cruise ship in Mumbai, saying they had been tipped off that there were drugs on board.

After interrogation, Aaryan Khan was remanded to judicial custody, though no drugs were recovered from him. On October 28, the Bombay High Court granted him bail after he spent nearly three weeks in jail.

Senior lawyer Mukul Rohatgi, who represented Aryan Khan in court and secured bail for him, said that Shah Rukh Khan is “very relieved”.

“I am very relieved and so must be my clients, including Shah Rukh Khan. Ultimately, truth has prevailed,” he told an Indian publication.

He continued, “There was no material to charge this young man or arrest him. No drugs were found on him. I am happy that the NCB acted professionally in admitting their mistake.”

“The anxiety it caused to the accused and his parents…it was a harrowing experience for him and his family,” Rohatgi concluded.