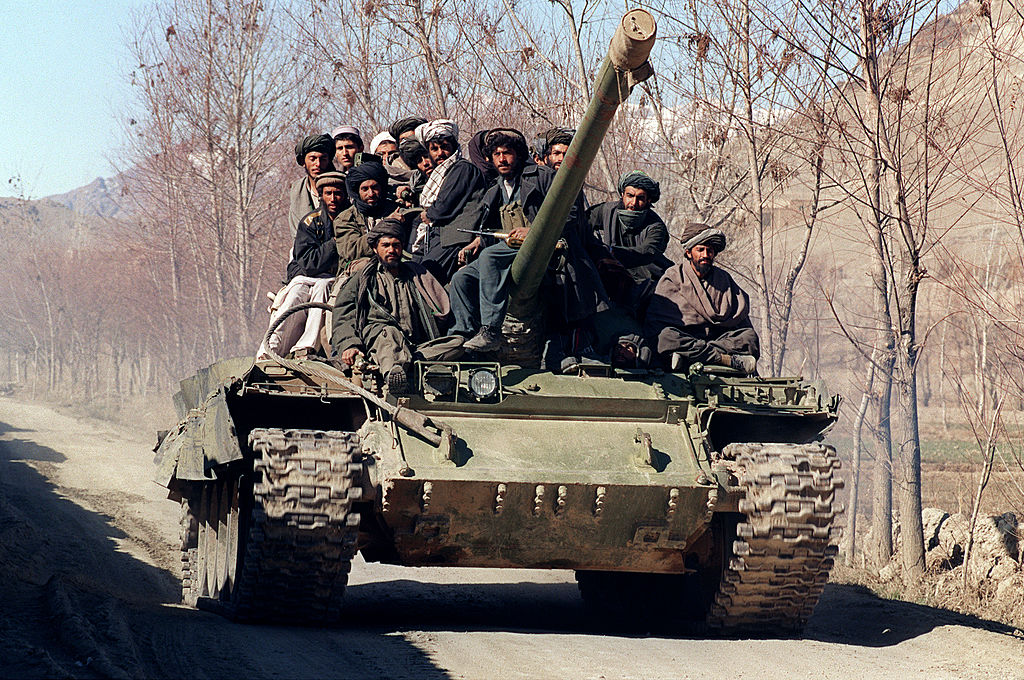 THE frantic withdrawal of the US-led western troops from Afghanistan after almost 20 years of occupation post the 9/11 terror attacks has caused seismic waves in the world of diplomacy and international politics. The Taliban, who were toppled following the US-led invasion in 2001, have returned to take control of the war-torn nation and it has not only put the future of Afghanistan under question but also threatened peace in one of the world’s most volatile regions.

ALSO READ: ‘Afghanistan will become a terror base’

India Weekly spoke exclusively with Michael Kugelman, the deputy director of the Asia Program and Senior Associate for South Asia at the Wilson Center, Washington DC, on the evolving situation in Afghanistan.

The world was left shocked to see the Taliban overrunning vast territories of Afghanistan in almost no time. Even western intelligence experts were stunned to see their pace of advance since the general assumption was that they could take months to recapture Kabul. When asked whether this sort of return by the Taliban was expected, Kugelman said even the Taliban might not have guessed such a swift move.

Exclusive interview of former US deputy ambassador to Afghanistan

“Taliban advances and offensives were inevitable, but the speed with which they took place was certainly a shock. And I can’t imagine that anyone, including the Taliban, would have guessed that the Taliban would take over the country two weeks before the US withdrawal was complete. This is more a commentary on the profound weakness of the Afghan state than on the strength of the Taliban. That said, in recent years the Taliban had deepened its military and financial clout and prepared the grounds for the unrelenting offensives that essentially prompted the Afghan state to give up the fight,” he said.

According to Kugelman, a leading specialist on Afghanistan, India, and Pakistan and their relations with the US, the Taliban’s quick return to power exposed the weakness of the government in Kabul which the outer world nurtured and supported all these years hoping that it would give the violence-hit nation a new future.

But the world witnessed with horror that despite being trained and guided by a superpower for so many years, the Afghan forces virtually put up zero resistance against the fierce Afghan fighters who were determined to return to power.

Kugelman, however, doesn’t think that the Afghan forces were a no show and attributed their failure to more than one reason.

“This is what would eventually prompt their demise. And as much money and training as the US threw at the Afghan military in recent years, the more complex and entrenched non-battlefield challenges were just too tough to address,” he told India Weekly.

‘India has a reason to feel concerned’

Coming to India, which has cultivated a good relation with Afghanistan all these years and was also planning to erect a counter platform by bringing in Afghanistan and Iran to counter the Pakistan-China nexus, the latest development in Afghanistan is a big setback.

Does New Delhi have to have a serious Plan B now since the Taliban have returned to power? Historically, India has been through such times. In the early 1990s, Jammu and Kashmir saw political disturbances in the wake of the erstwhile Soviet Union’s withdrawal from Afghanistan. Could history repeat again after three decades?

Kugelman feels India certainly has a reason to feel concerned.

“The Taliban victory and US withdrawal has had a galvanizing effect on regional militants, including anti-India groups like Lashkar-e-Taiba and Jaish-e-Mohammed, which have a small presence in Afghanistan. There’s reason to fear these groups, inspired by the Taliban takeover, could try to ramp up attacks in Kashmir against Indian security forces,” he said, explaining why New Delhi has a reason to feel concerned over the developments in Afghanistan.

Kugelman, however, added that the prospects of the scenario of a disturbed Jammu and Kashmir playing out will depend on Pakistan, which has close ties to the anti-India groups but is also under international pressure to not only keep them on a tight leash but also crack down on them.

In 2001, when the US invaded Afghanistan as part of its war on terror following the devastating attacks of 9/11, Pakistan clearly had found itself in a quandary. Islamabad then was under the dual pressure of meeting the demands of old ally US to clamp down on Taliban militants and facing internal resistance from Pakistani Islamist groups to carry out that task more forcefully. With the US’ withdrawal now, will Pakistan now be more relieved and think that it has an advantage in its geostrategic battle with arch-rivals India?

For Kugelman, it is both ways.

“For Pakistan, the Taliban takeover is both a blessing and a curse. It’s a major win because, for the first time since late 2001, there will be a pro-Pakistan government in Kabul-something Islamabad has long sought. The fact that the Taliban took Kabul and then ended the war–for now–is also a benefit for Pakistan, because it won’t have to worry as much about destabilizing spill-over effects, like large refugee flows (though there are and will be many new refugees, for sure),” he told India Weekly.

But on the other side, the Taliban takeover will also keep Pakistan under pressure.

Kugelman, who has edited or co-edited 11 books and written for various publications, said the emboldening effect of the Taliban takeover of Afghanistan on the Pakistani Taliban (Tehrik-i-Taliban Pakistan or TTP) can’t be overstated enough. He said the same group had brought Pakistan to its knees between 2007 and 2014. It took a blow when a Pakistani counterterrorism offensive was launched in 2014. But since its leadership in Afghanistan in the current situation has shown signs of a resurgence, Pakistan will be facing a greater threat, Kugelman added.

“Islamabad will try to get the Taliban in Afghanistan to curb the TTP, but that won’t be easy. The two groups may have different targets, but they share a general ideology and have partnered together in Afghanistan before. Also, the Taliban doesn’t have a habit of cracking down on other terror groups, aside from Islamic State,” Kugelman said.

Is Afghanistan withdrawal an end of the American era?

Finally, did the US’ withdrawal mean the end of the American era in international politics? There has been a growing voice in the US seeking Washington’s pull-out from the ‘endless wars abroad’ since the invasions of Afghanistan (2001) and Iraq (2003). Now, with the US retreating from a major battle zone, is there clearly a signal that the Americans’ age-old interventionist foreign policy is set to undergo a fundamental change? Biden’s predecessor Donald Trump, who is criticising the incumbent president for pulling out the troops from Afghanistan, himself had evacuated American soldiers from northern Syria in 2019 to face a backlash at home and abroad.

Kugelman feels the withdrawal of the US forces from Afghanistan certainly marks an end of America in the South and Central Asia region. “Washington remains close to New Delhi, but that’s about it. China and Russia are now poised to step up their role in the broader neighbourhood. To be sure, they will initially be cautious, preferring to see how the security situation plays out in Afghanistan before committing to deepening their footprint.

“That said, both Beijing and Moscow–so long as they get assurances from security on the Taliban–are likely to have an interest in engaging with the Taliban and recognizing the new regime. Beijing is keen to bring infrastructure projects there and to press the Taliban to reduce the terror threat posed by ETIM. Moscow has long been more concerned about IS’s chapter in Afghanistan–which features many Central Asian nationals, a problem for Russia–than about the Taliban.”

Kugelman also said that the American pull-out from Afghanistan was inevitable.

“While there was a detailed policy review within the Biden administration, and Biden was initially unsure about how to proceed, the president had been consistently opposed to an extended military presence in Afghanistan. This opposition went back to his time as vice president, when he opposed the Obama surge.

“The only thing that was unclear was whether Biden would decide to extend the presence by a few months or so. In the end, he called for a full withdrawal without much delay, mainly in order to ensure that the Taliban wouldn’t start shooting at US forces again, given that that the insurgents had agreed to end their war against the US because of Washington’s commitment in a 2020 agreement with the Taliban to pull its forces,” he said.

The withdrawal process had an element of irony, according to Kugelman.

“One of the factors holding Biden back from making his decision to withdraw, back when the administration was conducting its review, was concerns about the risk of Saigon-like images as the US pulled out. Eventually he concluded that was a risk he could live with, and he opted for a focus on a smooth and responsible withdrawal that would mitigate that risk. And yet, in the end, the withdrawal was chaotic, irresponsible, and deadly, and the Saigon metaphor has been invoked repeatedly in recent days amid images of Afghans desperately trying to leave and clinging to departing US aircraft,” he said.

Kugelman is convinced that had Trump been re-elected, he would have finalised the withdrawal as well and many of the same images would have played out on screens around the world.