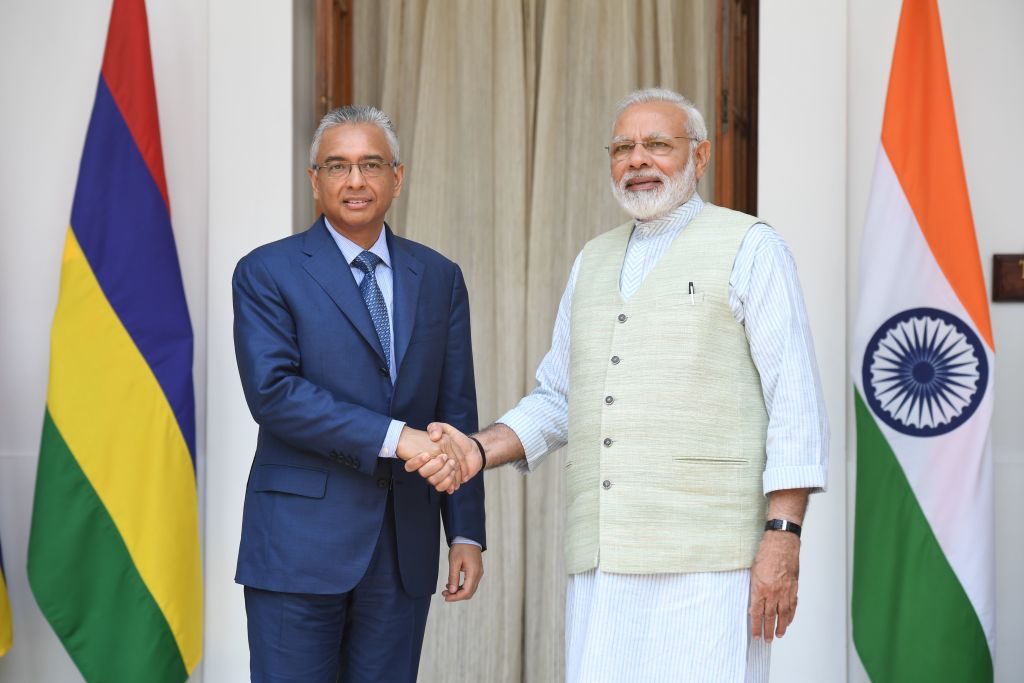 WHILE India under the prime ministership of Narendra Modi has focused on improving ties with countries in Africa, a major political row has erupted in Mauritius, an island-nation in the Indian Ocean, which has seen the South Asian power landing into the eye of the storm since June.

While New Delhi has decided to back Mauritian prime minister Pravind Jugnauth, a man with Indian roots, the controversy has refused to die down.

What is the controversy all about?

It all started in June when Sherry Singh, a former chief executive officer of Mauritius Telecom (MT) resigned from his post. Considered a close confidant of prime minister Jugnauth, Singh left a cryptic statement to his employees saying he was unable to continue without compromising my values but that was not an option for him.

During talks with the media, Singh accused the Mauritian PM and hinted at New Delhi’s hand in a controversy surrounding the SAFE (South Africa Far East) cable — a 13,000-plus kilometre long submarine fibre optic cable connecting South Africa, Mauritius and La Réunion in France with India and Malaysia, ThePrint reported.

In a couple of interviews that were broadcast live, Singh said Jugnauth had pressured him to allow an “Indian team” to access a SAFE cable-landing station at Baie-du-Jacotet, a prohibited area in Mauritius. The former MT official also said that the prime minister’s main objective was to install a device to spy on Mauritius’s internet traffic.

“Where is his irrefutable evidence, if he keeps his right to silence?” Jugnauth asked, targeting Singh.

The African nation’s Central Criminal Investigation Department Special Cell was looking into the matter on the orders of Jugnauth.

The Mauritian prime minister has had to answer questions in the country’s parliament about the activities of the Indian team at the landing station. The opposition tried to link the actions with Mauritius’s national security advisor who is a retired Indian spy chief. When the opposition asked why an Indian was appointed as Mauritius’s national security advisor even after 50 years since its independence, Jugnauth hit back at them accusing them of “India bashing”, The Wire reported.

The prime minister denied that any device was installed but admitted that the Indian team was allowed to “survey” the station despite some initial concerns expressed by Singh.

On Thursday, Arindam Bagchi, spokesperson of India’s ministry of external affairs, downplayed the episode saying, “I don’t know if I have the full details of that, but my understanding is that the prime minister of Mauritius has already made a statement. I really don’t have anything further to add to that. I think that’s good enough from our perspective.”

Mauritius, more than 60 per cent of the population of which is of Indian origin, has always been a significant friend of India in strategic terms. New Delhi has been upgrading strategic cooperation with Port Louis as Beijing has aimed at a bigger influence in the Indian Ocean Region.

After signing an agreement with Mauritius in 2015, India started upgrading military infrastructure in Agalega island of the African island-nation and extended in 2021 a credit line of $100 million for defence equipment. This year, Mauritius was also admitted as a full member of the Colombo Security Conclave, a regional bloc for maritime security set up by India, Maldives and Sri Lanka.