Fan Of The Week- Madhuri Dixit 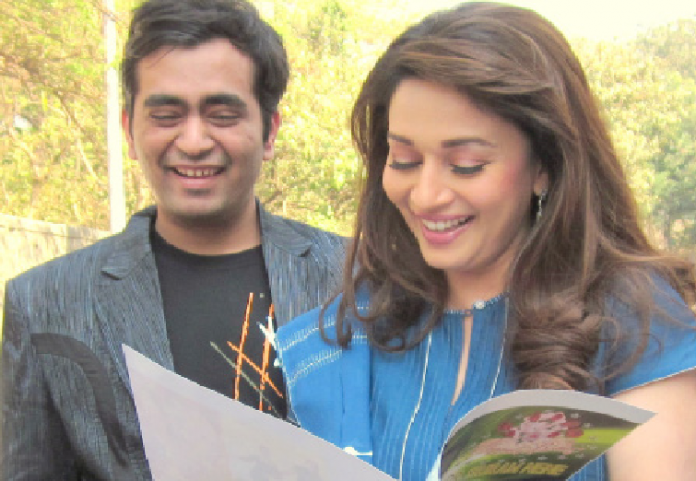 LEGENDARY leading lady Madhuri Dixit has delighted many millions with her immense body of work and got herself countless super fans around the world, including Nitesh R Shahani from Mumbai, India. Eastern Eye caught up with Nitesh to find out more.

What first connected you to Madhuri Dixit?
I faintly remember waking up to a TV musical show and being fascinated by songs like Didi Tera Devar Deewana, and watching a face so graceful that it charmed even the then four-year-old me. I started loving her ever since.

What made you become a super fan of Madhuri?
The joy within me increases by leaps and bounds whenever I see her glowing face. It’s like falling in love with someone over and over again. She has never failed to charm me, be it through her expressive eyes, out-of-this-world dancing or the person she actually is. I might be a ‘super’ fan because a ‘super’ star like her deserves nothing less.

Tell us about something super you have done for Madhuri?
I had a fan club dedicated to Madhuri, gifted her four mini figurines of herself. With support from many fans, I executed a plan to cut 49-themed cakes for Madhuri’s 49th birthday and arranged a special screening of Hum Aapke Hain Koun in three cities for her 50th birthday.

What has been your most memorable moment?
First, when I made her laugh showing her a birthday card for her husband, which had his face in place of the hero on her popular movie posters. Second is when I got a chance to dance with her. All I could do is stop and stare at her in sheer amazement.

What is the thing you most love about Madhuri?
Her simplicity. I love her even more as a fan every time I meet her. During one of my meets, one fan, who couldn’t make it, sent jackfruit chips to her. I gave it to her and she was so down to earth, to not just accept it but also acknowledge it later on Twitter saying that her kids loved it.

What is your favourite work Madhuri has done?
I would say Dil To Pagal Hai since I was absolutely floored by Madhuri’s beauty and performance in that film.

Which quality in Madhuri do you most relate to?
She once said in an interview, ‘depend on yourself, you’ll never be let down’. I love that philosophy and try implementing it in every situation. She does what she loves and never cared about criticism. I love that.

Why do you love being a super fan?
Because she’s the only star in the Bollywood fraternity whom I feel I have a long lost connection of ‘happiness’ with.