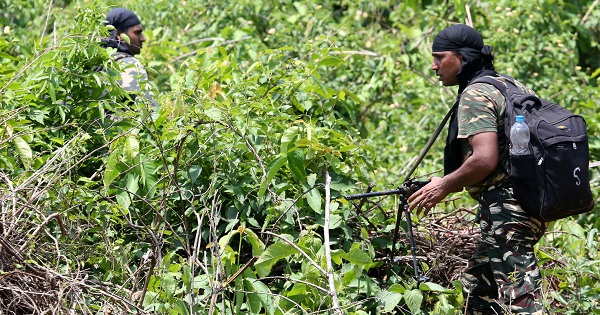 FIFTEEN security personnel were injured when Maoists triggered a series of improvised explosive device (IED) blasts near Hurda forests in Jharkhand’s Seraikela-Kharsawan district in the early hours of Tuesday (28), a police officer said.

The blasts took place around 05.00 am local time when a joint team of the Central Reserve Police Force’s (CRPF) special jungle warfare unit, CoBRA, and the police was carrying out anti-Naxal operations in the forests of Kuchai area in the district, he said.

“Fifteen security men were injured when the Maoists triggered as many IED blasts. Two of the 15 injured are in a serious condition,” Inspector General of Police (Operation) Ashish Batra said.

The injured troops, 13 belonging to the CRPF’s CoBRA battalion and the rest of the Jharkhand armed police and the district police, were airlifted to Ranchi, another senior officer said.

The area has been cordoned off and a search operation is on to nab the culprits, he added.