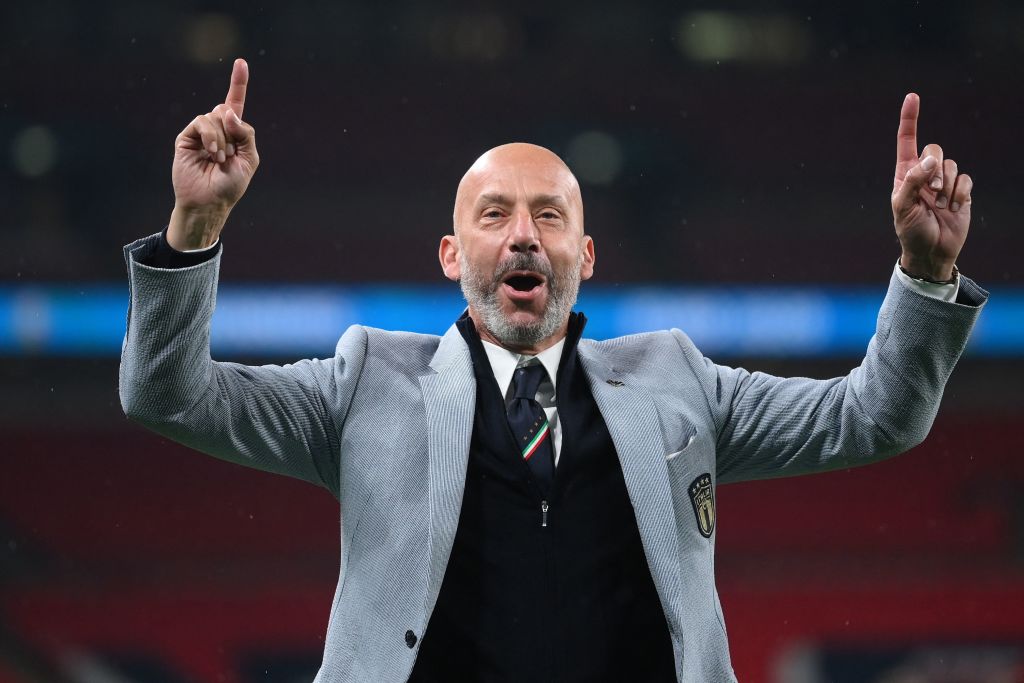 Former Juventus, Chelsea and Italy striker Gianluca Vialli has died of pancreatic cancer aged 58, sparking a stream of tributes to a player who was stylish on and off the pitch.

Vialli was diagnosed with cancer in 2017 but was still able to play a significant role in Italy’s European Championship title-winning campaign in 2021 assisting long-time Sampdoria strike partner and national coach Roberto Mancini.

However, he announced a temporary leave from his role with the national team in December to focus on his health.

Vialli spent eight seasons at Genoa-based Sampdoria before joining Juventus in 1992 for a then world record 16.5 million euros.

He won the Champions League with Juventus before joining Chelsea in 1996 and becoming player-manager in 1998.

“We have always been with you, Gianluca,” a statement read on Juventus’ official website.

“Ever since you arrived in 1992, when it was love at first sight.

“We loved everything about you, absolutely everything — your smile, you being a star and leader at the same time, on the pitch and in the dressing room.”

At Chelsea, Vialli took over from the sacked Ruud Gullit late in the season, and went on to lead the club to victory in the League Cup, UEFA Cup Winners’ Cup and UEFA Super Cup.

He also guided Chelsea to victory in the 2000 FA Cup final but was sacked in the following season.

Chelsea’s current co-owners Todd Boehly and Behdad Eghbali said in a statement: “This is truly an awful day for Chelsea Football Club. Gianluca’s legend will live on at Stamford Bridge.

“His impact as a player, a coach and most importantly as a person, will be forever written across our club’s history.”

Sampdoria, where Vialli won the Serie A title and European Cup Winners’ Cup, said in their statement: “You came as a boy, we salute you as a man.

“We will not forget your 141 goals, your backhands, your cashmere jerseys, your earring, your platinum blond hair, your Ultras bomber. You gave us so much, we gave you so much: yes, it was love, mutual, endless. A love that will not die, today, with you.”

The Italian football federation (FIGC) said a minute’s silence would be held before all matches this weekend.

“Gianluca was a wonderful person and leaves an unbridgeable void, in the national team and in all those who appreciated his extraordinary human qualities,” it said.

Italian Prime Minister Giorgia Meloni paid a handsome tribute, referring to the image of him hugging Mancini on the Wembley pitch after Italy had beaten England on penalties to be crowned European champions.

“We won’t forget your goals, your legendary bicycle kicks, the joy and emotion you gave the entire nation in that embrace with Mancini after the European Championship victory,” she tweeted.

“But we will not forget above all the man. To God Gianluca Vialli, the Lion King on the field and in life.”

Aleksander Ceferin, president of European football’s governing body UEFA, praised Vialli for his qualities on and off the pitch.

“Gianluca was more than a champion,” said Ceferin.

“He was kind, measured, respectful and above all courageous, in life even more than on the pitch, as he has taught us in recent years through his dignified fight against his illness.

“We will always remember his radiance at the many trophies that he won, right up to the final image when he embraced his friend Roberto Mancini in the middle of the pitch at Wembley.

“A moment of joyful emotion at the most beautiful and brilliant of all triumphs. He will be greatly missed.”

Graeme Souness, the former Liverpool captain who played alongside Vialli at Sampdoria, said he was “a gorgeous soul”.

“He was just fabulous to be around. He was such a fun-loving guy, full of mischief, wonderful footballer and a warm human being,” Souness said.

“People will say things about his magnificent football ability, and correctly so, but above all that, what a human being.”