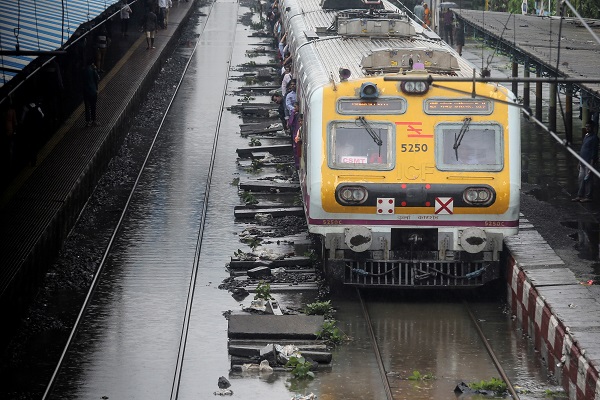 The city, home to India’s two biggest stock exchanges and the headquarters of several major companies, has been hit by heavy rain since Sunday (30) night and could get more over the next 24 hours, the weather department said.

Suburban trains were delayed by as much as two hours because the tracks were submerged under water while some long distance trains were cancelled.

Several flights were delayed by around half an hour, said a spokeswoman for Mumbai International Airport.

Thousands of commuters were stranded in trains and vehicles during peak morning hours as they tried to reach offices.

Although Mumbai is trying to build itself into a global financial hub, large parts of the city struggle to cope with annual monsoon rains.

Unabated construction on floodplains and coastal areas, as well as storm-water drains and waterways clogged by plastic garbage, have made the city increasingly vulnerable to chaos.

Floods in 2005 killed more than 500 people in Mumbai. The majority of deaths occurred in shanty town slums, which are home to more than half of Mumbai’s population.