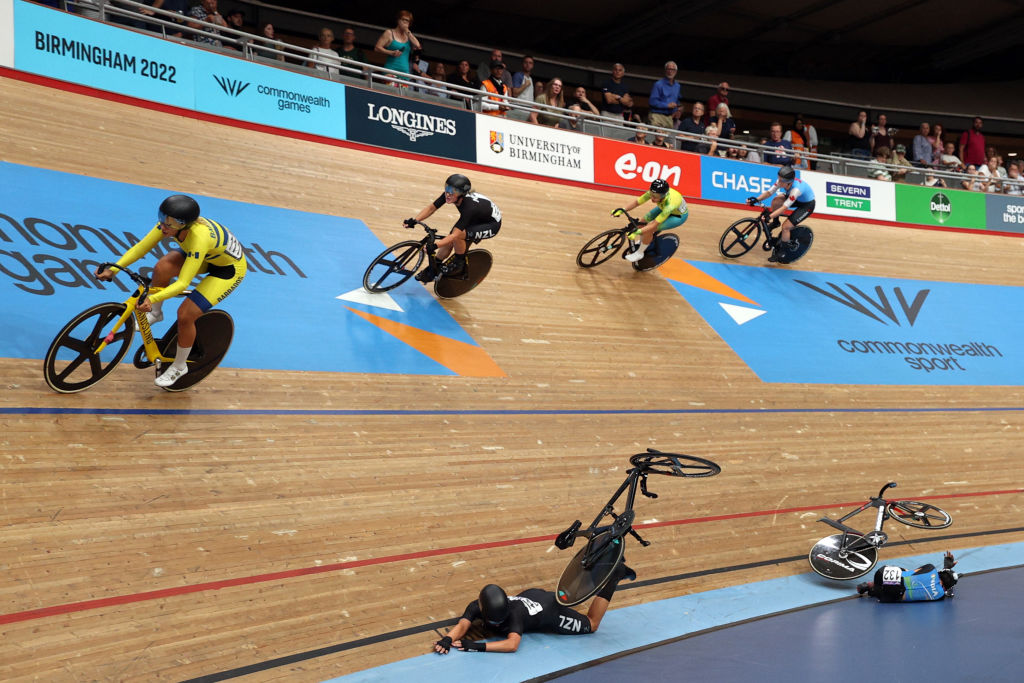 IN a horrific accident at the ongoing Commonwealth Games 2022 in Birmingham, UK, Indian cyclist Meenakshi fell from her bike and as she slid down the road, Byrony Both of New Zealand, who was closely trailing her, ran over her and fell too.

The incident happened in the women’s 10 kilometre race on Monday (1).

Medical officials rushed to the spot to check on both the competitors. They did not take part in the race any further. Meenakshi was taken away from the turf on a stretcher. Visuals of the accident went viral on social media.

England’s Laura Kenny clinched the gold medal in the event. She was leading the race which came to a half following the incident involving the India and New Zealander cyclists.

On Sunday (31), another Indian cyclist Vishvajeet Singh also came close to finding himself in an incident that saw as many as eight cyclists crashing in the men’s 15-kilometre stretch race at the Lee Valley Velo Park in London. Two cyclists were taken to hospital for treatment. Olympic champion Matt Walls also suffered injuries after he crashed over the fences.

Even some of the spectators sitting in the front row were hit.