‘I Look At Myself From The Inside’: Mahira Khan 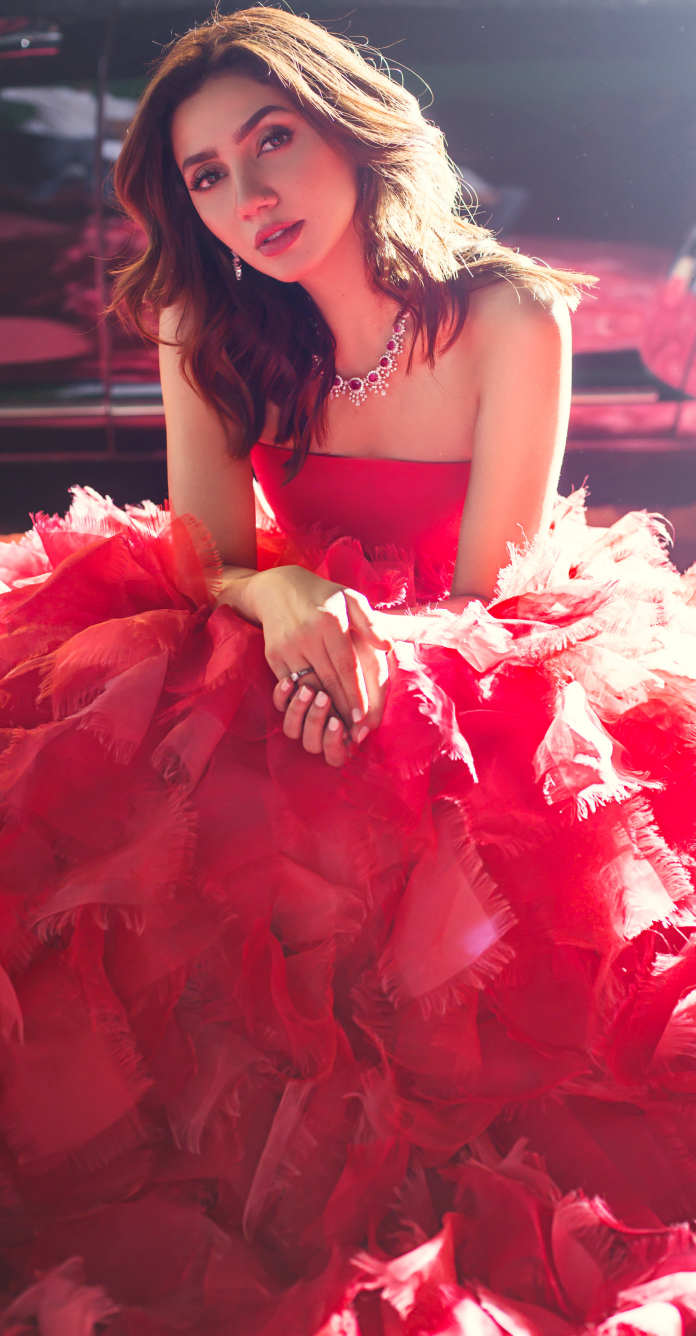 The title of Mahira Khan’s latest film Superstar best describes an actress who has risen up to become globally famous and a perfect ambassador for her country, Pakistan.

Instead of stepping into the perfectly-suited title role, she plays an aspiring actress in the deeply romantic drama opposite hot-right-now actor Bilal Ashraf.

The big Eid al-Adha release looks set to carry on the recent momentum of Pakistani cinema and continue the rise of an unstoppable star inspiring a generation.

Eastern Eye caught up with Mahira to speak about her latest film, Pakistani cinema and why she doesn’t feel like a superstar.

You are a world-famous star now, so is finding those great projects the biggest challenge for you?
It’s a huge challenge, but, more than anything, finding time is also a big challenge for me. I think there are very good projects being made, but finding the time to do them is hard. There is also that confusion, because I get offered so many films (mashallah) that I have to decide which one I should accept. That’s confusing, so yes, it’s hardest deciding.

What did you like about Superstar?
I have had Superstar with me for four years now. Even though the script and dialogues have evolved, the story has remained the same. For me, it was about the word I had given. I had told (screenplay writer) Azaan (Sami Khan) that I am going to do the film and so I was emotionally attached to it based on the fact I said I would do it. The project didn’t happen and went through so many ups and downs. But finally, the fact that it is getting released and happened for me are huge.

Tell us about Superstar and the character you play?
It is a love story and a journey about these two people who meet at a time in their lives, which seems perfect, but actually taking them into two different directions. That is the essence of Superstar. It is about success and failure. But more than anything, it is about human relationships and love. The backdrop is the film industry and both of them are actors. The setting gives way to many things that happen in the film, but, I think, if you exchange these two people with any other profession, it wouldn’t change much.

Tell us, what was the biggest challenge of acting in Superstar?
It was the fact that I had it for four years and after a while, you get bored of projects and stories just lying there. By the time it started I got scared thinking, do I still love it as much as I did four years ago? But it was pretty easy. As soon as I was on the set I was like, wow this is something I want to do and I’m grateful I got an opportunity to do it.

You are also playing against type…
Yes, the second challenge was, ‘can I play the role of a struggling actor and can people see me as that’, which we will have to wait and watch. ‘Can people relate to me as an actor, but not a success?’ That needed honesty and for me, to sort of get rid of anything that would remind people of me in real life.

How does Bilal compare to other leading men you have worked with?
I think to compare anybody to someone else is unfair and I have never done that because everyone is unique and so is the way they work with other people. Everybody feeds off everyone’s energy. It is very rare and it has been a while since I sensed this with another actor, but we were in sync even though I didn’t know him well. It is a romantic film, so for me, to know that he is going to now put his arms around me or come close was very instinctive.

Tell us more…
It was very cool and I didn’t realise it till I was dubbing and was like, ‘oh my god, where did this come from’? as I didn’t know this man and we weren’t friends at this point. That has a lot to do with the fact he and I felt comfortable. We gave each other plenty of good energy and fed off from it. The set was so easy and happy that it was nice and fell into place.

Your film is called Superstar and many see you as a superstar, but do you feel like one?
I don’t know what is it to feel like a superstar, Asjad. It is so strange to get asked this. Recently, I was asked this several times during the promotions of this film and I just don’t know. I think the public makes a superstar and I feel we have very little to do with it. Of course, we all work hard and believe we have the talent to be successful, but I don’t look at myself from the outside. I look at myself from the inside. I still look at myself as another normal girl, struggling, working hard and getting anxiety at times. Loving life at times. Being depressed at times.

But the adulation you get is incredible…
Also, there is no doubt that I acknowledge and understand I have a unique position in life and that I am blessed. More than anything when I am out for promotions with audiences, who come out in force to watch me or chant my name, that is when I feel like, ‘oh my god there is something that happened and I need to live up to it’. But I don’t know if I can answer that I am a superstar.

Which superstar did you admire growing up?
Shah Rukh Khan.

Who is the biggest superstar you know in real life?
My parents.

Do you get nervous before a movie’s release?
I am not, dead sure. I am not looking forward to a release saying, ‘yeah, let me show the world what I have done’. I’m nervous when I have seen the first cut or the trailer. I have realised one big thing, no matter what you do or how hard you have worked, no matter how good or bad you think you are, honestly, once the film is released, it is all up to the audiences to make it what it is. I can say this for sure because I have had so many years of experience in this industry.

Give us an example?
When I worked on (drama serial) Humsafar, there were times I felt so bad and thought I did badly because I was new to acting. But when that episode would come on TV and the audiences would say, ‘wow, what a fabulous actor’, and I used to say, ‘what is it that I have done here’. So it’s not really about you. After a project is released, it’s about the audiences. But, yes, nerves are always there.

Tell us, what are your future hopes for Pakistani cinema?
I just hope that we can see a day where we are releasing films every week and are not worried about the investment. That will only happen if audiences watch our movies. We need to continue making films worth for audiences to watch. People are coming together to build an industry at a time when cinema around the world is sort of struggling with people moving to digital platforms. Films that are working are low-budget ones or big magnum opus and event films, like superhero ones. So it’s a tricky period for cinema worldwide.

What do you think Pakistani cinema can do?
I think, in this sort of scenario, we have to tie up our films with digital platforms, so we can make profit. This is my understanding of it. I am not very good with the business aspect because I never look into it. We need to go beyond the cinema revenue to make this a proper business, otherwise, we will have to return to television. There is nothing like a cinema experience, but we need to profit from other areas to be in a better position.

How will you spend Eid this year?
Oh my god, I am travelling. It’s gonna be crazy. I hate travelling during Eid. Fortunately, my films come out on Eid, but, unfortunately, I have to be away from my family. I will be in the UK or Toronto during the festival, I’m not sure. So, I may be with all of you guys in the UK. I have family in England, so am excited to see them. I will be celebrating Eid with my audiences. We have cinemas booked for fan meet and greets, so that will be fun and am looking forward to it.

Superstar is in cinemas now.

Najma Akhtar On Her Incredible Journey As Performer