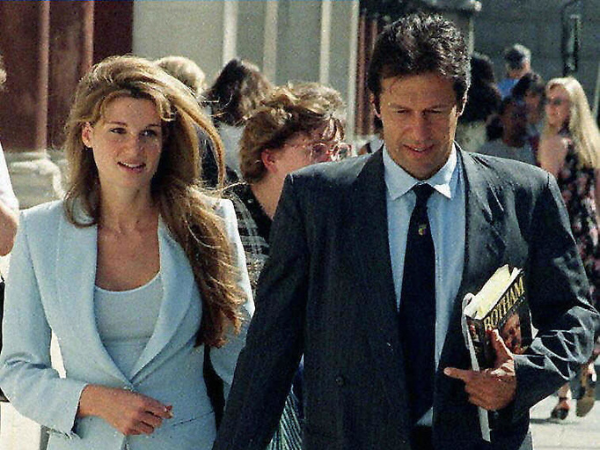 Former Pakistan prime minister Imran Khan’s ex-wives have condemned the attack on him and expressed relief that he is stable after surgery.

Khan, 70, is recovering in hospital after being shot in the leg on Thursday (3) at a protest march in Wazirabad in Punjab province.

One person was killed and at least 10 injured in the attack on his convoy.

The cricketer-turned-politician has married thrice and his previous two marriages have ended in divorce.

His first marriage was with Jemima Goldsmith, daughter of a British billionaire, in 1995, which lasted nine years.

Khan has two sons from her.

His second marriage with TV anchor Reham Khan in 2015 ended after 10 months.

In 2018, Khan married for the third time with his “spiritual guide” Bushra Maneka.

Jemima Goldsmith, the ex-wife of Khan expressed relief as her former husband is stable after the assassination attempt on him in Pakistan’s Punjab province and also called Ibtesaam, the man who saved his life a “hero”.

She also conveyed their sons’ gratitude to the man who caught the attacker.

“The news we dread… Thank God he’s okay. And thank you from his sons to the heroic man in the crowd who tackled the gunman,” 48-year-old, who separated from Khan in 2004, tweeted.

Reham Khan tweeted, “Firing on PTI chairman Imran Khan & other party members is shocking & condemnable. Security for public events for all our politicians must be ensured by provincial/federal law enforcement & our agencies.”

The incident occurred near Allahwala Chowk of Wazirabad town in Punjab province when Khan was leading the long march to Islamabad demanding early elections.

Talking to media personnel, Ibtesaam stated that he was 10 feet away from the container when he saw the gunman load his weapon and fire once.

“I ran towards him. He had both his hands up while I tried to pull him down. This ruined his aim and he fired downwards,”Ibtesaam said.

He added he grabbed at the pistol after which the weapon fell to the floor and the attacker tried to flee.

“I ran after him and caught him. Soon after the police came and captured him,” he was quoted as saying by Dawn newspaper. Many social media users also lauded him as a “hero”.

“The man who stopped the assassin is a national hero. He just saved this country and deserves every award and accolade we can give him,” a user tweeted.

“This is our hero. This is the young man who jumped onto the shooter and grabbed his gun,” another user tweeted. Khan led Pakistan to its lone 50-over World Cup triumph in 1992.

In a statement, the Punjab Police on Thursday said that seven people were injured and one person was killed during the attack.

It added that a suspect has been arrested.

Umar in a video statement said that party chairman Khan has named three suspects who could be behind the attack.