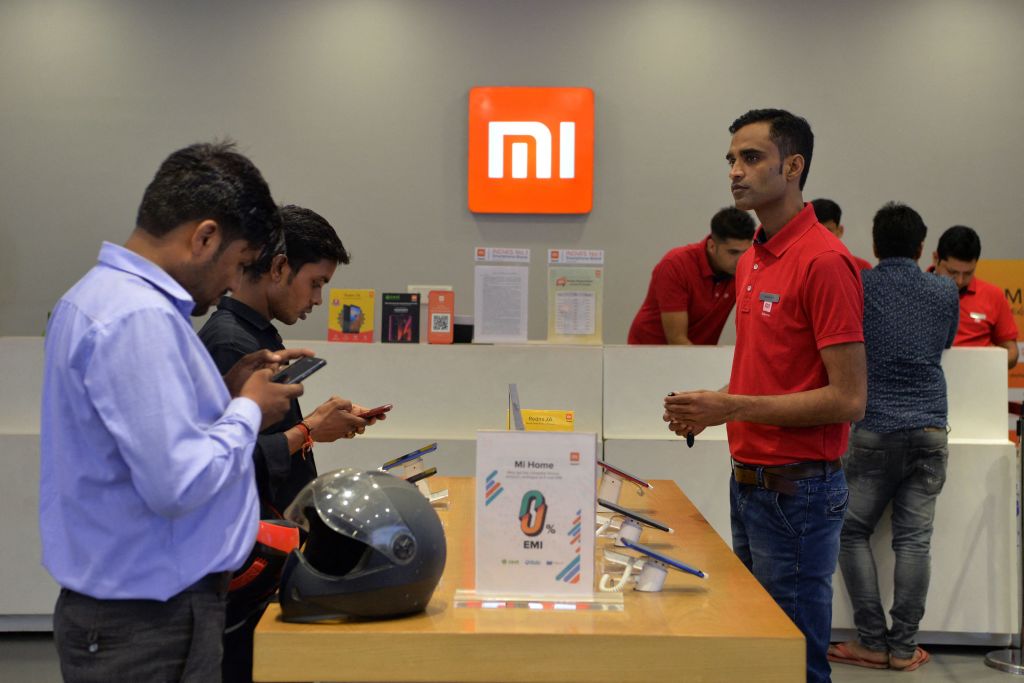 Customers inspect smartphones made by Xiaomi at a Mi store in Gurgaon, India. (Photo by Sajjad HUSSAIN / AFP) (Photo by SAJJAD HUSSAIN/AFP via Getty Images)

India plans to restrict smartphone makers from China from selling devices cheaper than Rs 12,000 ($150/£125) in its market in order to boost its faltering domestic industry.

The South Asian economy’s move is aimed at ousting Chinese giants out of the lower segment of the world’s second-biggest mobile market, Bloomberg reported citing informed sources. They also said on the condition of unanimity the growing concern over high-volume brands such as Realme and Transsion undercutting India’s local manufacturers.

According to Bloomberg, Chinese brands such as Xiaomi and others would take a blow if excluded from the entry-level market in India as they have increasingly depended on India to propel growth while the market in China saw a crippled consumption because of the Covid-19 lockdown.

Smartphones under $150 (£125) made up a third of India’s sales volume for the quarter through June 2022 with companies from China accounting for a whopping 80 per cent of the shipments, Bloomberg cited market tracker Counterpoint as saying.

While it is still not clear why India’s Narendra Modi government would announce any policy or use informal channel(s) to convey its preference to Chinese firms, the sources said, New Delhi has already targeted a number of Chinese firms operating in the country, such as Xiaomi, Oppo and Vivo by checking their finances that led to tax demands and money-laundering allegations.

Neither representatives from Xiaomi, Realme and Transsion nor spokespersons from India’s technology ministry responded to Bloomberg News inquiries.