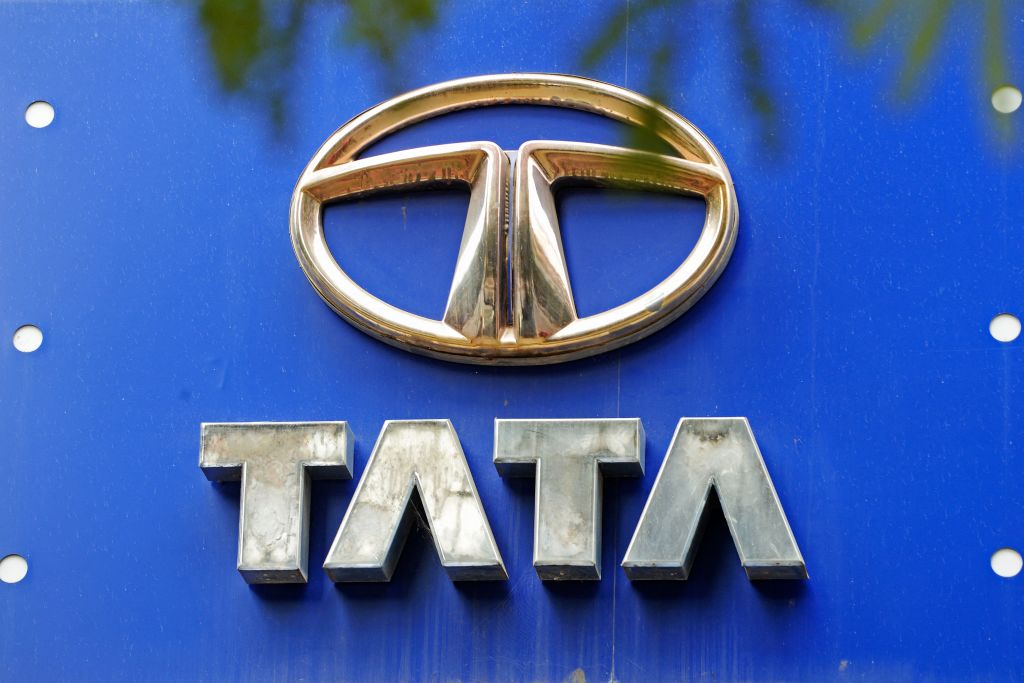 A Tata logo (Photo by INDRANIL MUKHERJEE/AFP via Getty Images)

Here are top news related to Indian economy and business for Monday, January 23, 2023:

Tata Motors on Monday said the voluntary delisting of its American Depositary Shares (ADSs), representing ordinary shares, from the New York Stock Exchange will become effective close of trading on January 23, 2023, PTI reported. After Monday, there will be no over-the-counter market trading of the ADSs in the US due to regulatory restrictions under the Indian law, Tata Motors said in a regulatory filing. The ADS holders can surrender their ADSs to the Depositary in exchange for the underlying ordinary shares of the company at any time on or prior to July 24, 2023, it added.

Mankind Pharma on Monday said it has invested in a UK-based clinical stage specialty pharmaceutical company, Actimed Therapeutics, PTI reported. The UK-based firm is focused on bringing innovation to the treatment of cancer cachexia, an unmet medical need for cancer patients, and other muscle wasting disorders. Mankind Pharma, however, did not disclose the invested capital. The investment will support Actimed’s planned clinical development activities, it said in a statement. Following the investment, Atish Majumdar, president, sales & marketing, Mankind Pharma, joined Actimed Therapeutics as a member of its board of directors.

The Uttar Pradesh government has signed a series of Memorandum of Understanding (MoUs) worth Rs 25,000 crore (£2.47 billion) with 33 entrepreneurs during its roadshow held in Bengaluru on Monday, ANI reported. Team Uttar Pradesh kicked off its domestic roadshows in Mumbai and has so far held several of them including in Bengaluru, Chennai, Kolkata, Delhi, Hyderabad, and Ahmedabad, attracting investment proposals worth thousands of crores of rupees. The team was touring the country under the guidance of Chief Minister Yogi Adityanath to make Uttar Pradesh the growth engine of a new India. It attracted investment proposals worth Rs 17 lakh crore (£168.6 billion).

Indian minister for road transport and highways Nitin Gadkari on Monday inaugurated several National Highway projects totalling 550 kilometres in the central Indian state of Madhya Pradesh, ANI reported. The projects, implemented at a cost of about Rs 6,800 crore (£674.5 million), were launched in the presence of chief minister Shivraj Singh Chouhan and central ministers Virendra Kumar, Prahlad Singh Patel, among others, the road transport and highways ministry said in a release. Speaking on the occasion, Gadkari said the two-decade-old demand of locals to construct a bridge in Betwa has been fulfilled. The connectivity to Orchha, Jhansi, and Tikamgarh will improve with the launch of these new highways, Gadkari said.