India economy & business news in brief for Jan 25: Days ahead of Modi govt budget, 3 out of 4 Indians fear rising inflation 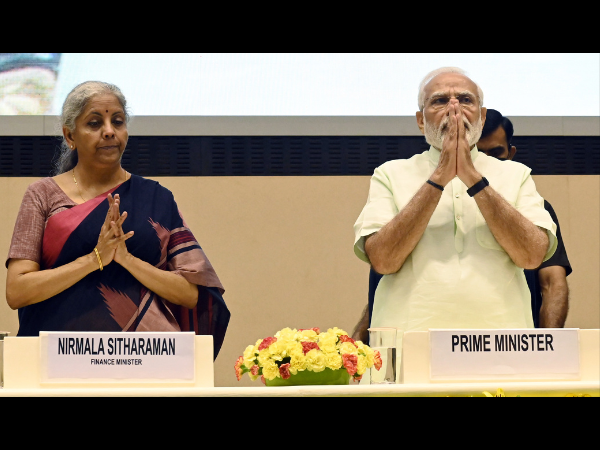 Here are news related to Indian economy and business for Wednesday, January 25, 2023:

Three out of every four persons in India are worried about the rising inflation and want the Narendra Modi government to implement decisive measures to tackle it in its upcoming budget, according to a survey by marketing data and analytics company Kantar, reported Moneycontrol. One in every four Indians is also concerned about loss of jobs and this is relatively higher in the affluent class, amid people aged between 36 and 55 and the salaried class. The survey, which measured consumer sentiments and expectations from the budget, was conducted among 1,892 consumers who represented a mix of salaried people and business owners as well as mass and affluent class. The budget will be presented by Indian finance minister Nirmala Sitharaman.

Akasa Air on Wednesday said it experienced certain “operational disruptions” due to the global outage at its service provider’s facility and the issues were fixed later, PTI reported. On Wednesday, thousands of users across the globe reported problems with various online services, including Azure cloud computing service, offered by Microsoft. “Our systems have been temporarily affected, owing to the global outage at our service provider’s facility, causing certain operational disruptions. We are working closely with our stakeholders to address the situation and appreciate your patience and support during this time. We sincerely regret the inconvenience caused to our customers,” an Akasa Air spokesperson said in a statement on Wednesday.

The G20 Startup20 Engagement Group will hold its inception meeting in Hyderabad on January 28-29, featuring delegates from G20 nations and nine special invitees from observer countries, representatives from multilateral organisations as well as the Indian startup ecosystem, ANI reported. The Startup20 has three main task forces — the Foundation and Alliances Taskforce, Finance, and Inclusion and Sustainability. The group formed under G20 after India assumed the presidency anticipates a productive development of policy recommendations on entrepreneurship and innovation priorities of and across G20 countries for the years ahead, the Union Commerce ministry said in a statement on Wednesday.

Indian minister for ports, shipping and waterways Sarbananda Sonowal has inaugurated and laid foundation stones of projects worth Rs 270 crore (£26.8 million)at Deendayal Port in Kandla in the western Indian state of Gujarat. The minister inaugurated oil jetty no. 7 worth Rs 73.92 crore (£7.33 million) at Deendayal Port, Kandla in the presence of other ministers and senior dignitaries. The ministry of ports, shipping and waterways said in a statement, “The jetty will enhance the liquid handling capacity, by 2.00 MMTPA (Million Metric Tonne Per Annum), of mainly edible oil, fulfil future requirements and will reduce the turnaround time of the vessels. This T-shaped jetty is 110 metre long and 12.40 metre wide and can handle large vessels up to 65,000 DWT (deadweight tonnage) and 14 metre depth. The project has led to indirect employment of around 1,000-plus and direct employment of about 250-plus, during the construction phase.”