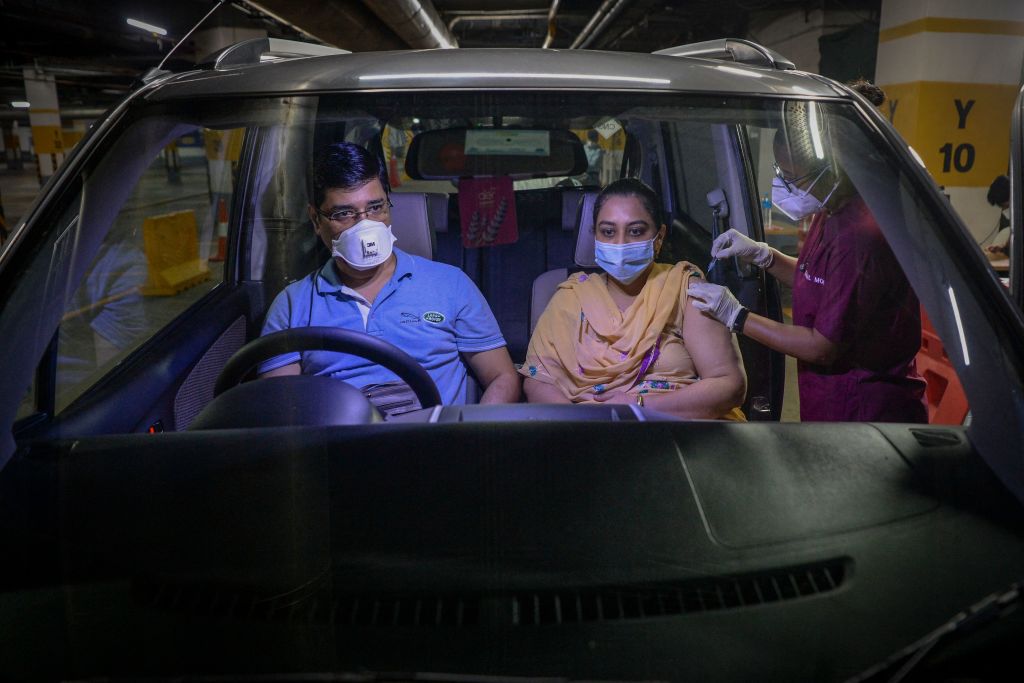 A health worker inoculates a woman sitting inside a car during a drive-through Covid-19 vaccination camp Vashi in Mumbai on September 8, 2021. (Photo by INDRANIL MUKHERJEE/AFP via Getty Images)

INDIA made a record of sorts in the month of August when it came to its vaccination drive for Covid-19. It administered more than 180 million doses the same month, a figure which is more than all the Group of Seven (G7) countries combined, an official statement said.

The Indian government recently completed vaccination of 750 million people and aims to inoculate all by the end of 2021.

India was terribly hit during the second wave of the coronavirus pandemic in April-June and the authorities are leaving no stone unturned to avoid an equally devastating third wave, which many have predicted to hit the country in the later phase of the year.

The vaccination drive was launched in January this year. However, only 184 million people have received the second dose of the vaccine, which means India still has to travel some distance to see its number of completely vaccinated citizens go up.

Regional disparities have also persisted with larger and poorer states struggling to match the smaller and richer ones.

In August, India administered six million doses on an average every day, compared to 4.3 million a day in July, official data said.

Experts have said that the country needs to administer more than 10 million doses a day consistently to ensure all eligible adults have got the jab by the end of the current year.

A lot will depend on the levels of Indians’ vaccine hesitancy and the availability of doses in the coming months.