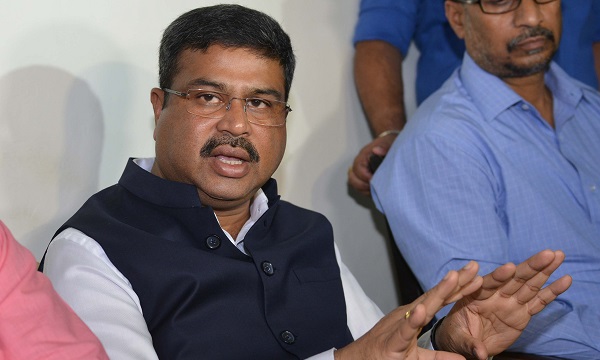 THE Indian government on Tuesday (3) raised the price of sugarcane-extracted ethanol used for blending in petrol by up to Rs 1.84 per litre as it looked to cut oil import bill by $1 billion annually through its greater use in auto fuels.

He was briefing reporters on the decisions taken by the Cabinet Committee on Economic Affairs, chaired by prime minister Narendra Modi.

The price of ethanol from ‘C-heavy molasses’ has been raised by 29 paise per litre to Rs 43.75 while the same from ‘B-heavy molasses’, also called as intermediary molasses, by Rs 1.84 to Rs 54.27 a litre.

Ethanol is a by-product of molasses generated on crushing of sugarcane and the higher price is to encourage sugar mills to divert from sugar production.

Pradhan said the higher price is expected to increase the procurement of ethanol to 2.60 billion litres between December 2019 and November 2020, up from 2.00 billion litres bought in the previous ethanol year.

“Increased ethanol blending in petrol is expected to replace 2 million tonnes of oil annually, helping save $1bn in import bill,” he said.

The percentage of ethanol being doped in petrol will rise from about 6 per cent now to 7 per cent next year and to 10 per cent by 2021-22, he said.

Price of ethanol was last revised in September last year when the CCEA had approved a 25 per cent hike in the price of ethanol produced directly from sugarcane juice to Rs 59.13. Now it has been hiked to Rs 59.48.

Commenting on the decision, Indian Sugar Mills Association (ISMA) director general Abinash Verma said: “Government’s decision to increase ethanol price once again, with special emphasis and a higher increase for ethanol made from B-heavy molasses, confirms the government’s commitment towards encouraging more diversion of the surplus sugarcane/sugar into ethanol.”

“The second very important decision of allowing a single premium price for the ethanol made from partial or 100 per cent sugarcane juice is another big and positive step in this direction,” he said.

“These decisions will help in further increasing the ethanol blend levels from the current 6 per cent average levels across the country.”

The sugar industry, he said, is responding very positively by hugely investing in new or expansion of ethanol production capacities, which will help achieve the government’s 10 per cent ethanol blend targets by 2022.

The world’s third-largest oil consumer is dependent on imports to meet 83 per cent of its needs and substituting some of the fuel with biofuels will help cut import dependence.

India started blending ethanol, produced as a by-product during the process of making sugar from sugarcane, in petrol during the first NDA regime in 2002. But the programme slowed almost to a grinding halt in the 10-year rule of Congress-led UPA.

Pradhan said the price of ethanol from sugarcane juice/sugar/sugar syrup route has been fixed at Rs 59.48 per litre.

This comes at a time when a surplus of sugar production is depressing sugar price. Consequently, sugarcane farmer’s dues have increased due to the lower capability of the sugar industry to pay the farmers.