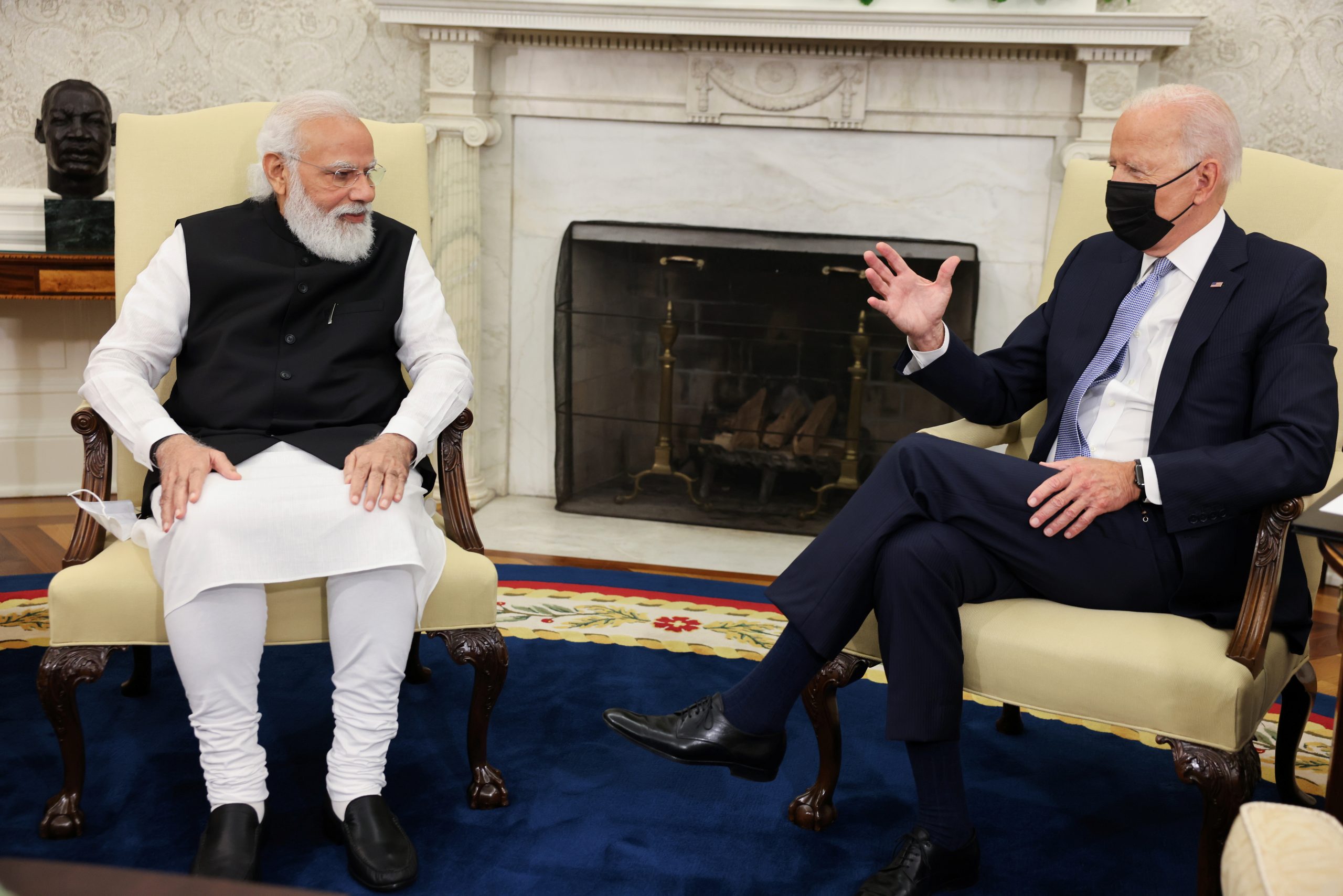 THE new I2U2 grouping of India, Israel, UAE and the US will hold its first virtual summit next month as part of the Biden administration’s efforts to re-energise and revitalise American alliances across the world, according to the White House.

Indian prime minister Narendra Modi, US president Joe Biden, Israeli prime minister Naftali Bennett and UAE president Mohammed bin Zayed Al Nahyan would attend the first-of-its-kind virtual summit of the I2U2 grouping next month for discussions of the food security crisis and other areas of cooperation, it said on Tuesday (14).

The virtual summit of the four countries would take place during Biden’s trip to the Middle East region from July 13 to 16, a senior administration official told reporters during a conference call.

State Department spokesperson Ned Price, during his daily news conference on Tuesday, told reporters that each of these countries are technological hubs.

“India is a massive consumer market. It is a massive producer of high-tech and highly sought-after goods as well. So, there are a number of areas where these countries can work together, whether its technology, trade, climate, COVID-19, and potentially even security as well,” he said.

“Part of our approach from the start is not only to revitalise and re-energise our system of alliances and partnerships around the world, but also to stitch together partnerships that did not exist previously or were not utilised to their full extent,” Price said.

“Biotechnology is also prominent. Deepening trade and economic ties between these countries is in our interest when it comes to the relationship between Israel and the UAE. That is something we have sought to deepen. These two countries have deepened their relationship in recent years, including in the economic realm,” he said.

Joe Biden will visit the Middle East region from July 13 to July 16 with stops in Israel, the West Bank and Saudi Arabia, and engagements with nearly a dozen counterparts from across the region and beyond.

“The first stop is Israel. This will be president Biden’s first visit to the country as President, and it comes nearly 50 years after his first visit to Israel as a young senator,” said the official.

During the trip, Joe Biden will engage with nearly a dozen of his counterparts in three stops – Israel, the West Bank, and Saudi Arabia.

It is part of this clear sequence of global engagements at an important moment, the official said.

“It demonstrates, we believe, the return of American leadership to bring countries together to address common threats and challenges, something the US can uniquely do.

“And with new frameworks that aim to harness unique American capabilities to enable partners to work more closely together, which is essential to a more secure, prosperous and stable Middle East region over the long term,” the official said.

Biden’s visit will also focus on Israel’s increasing integration into the region, both through the Abraham Accords with the UAE, Morocco and Bahrain; through deepening ties between Israel, Jordan and Egypt; and also entirely new groupings of partners, including Israel, India, the UAE, and the United States – what they call I2U2, said the official.

“We consider these initiatives central to our strategy of empowering partners and encouraging them to work more closely together, which will lead to a more stable region and also to Israel’s security and prosperity over the longer term.”

“Importantly, some of these new partnerships reach beyond the Middle East, and the President will hold a virtual summit with the I2U2 heads of state for discussions of the food security crisis and other areas of cooperation across hemispheres where the UAE and Israel serve as important innovation hubs,” the official added.