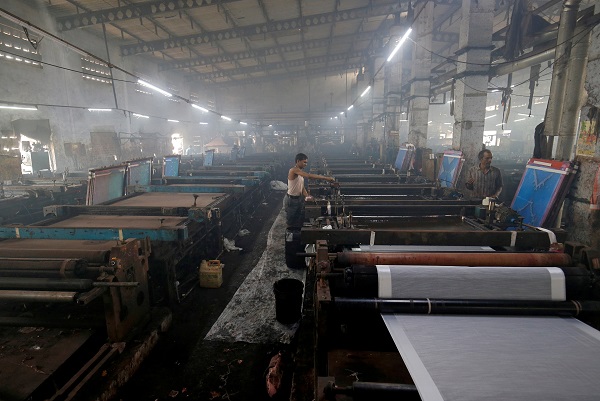 The plan will open up a steady stream of state companies to greater private investment, and target the kind of annual divestment revenue that will be crucial to meet fiscal deficit targets (REUTERS/Amit Dave/File Photo).

THE Indian government has plans to raise as much as Rs 3.25 trillion (£37.82billion) in the next five years by reducing its stakes in some large state-owned firms to 40 per cent, two senior government officials said, in the nation’s biggest privatisation push in more than two decades.

Last week, finance minister Nirmala Sitharaman in her budget announced that the government will look to reduce direct controlling stakes in some state-run firms on a case-by-case basis.

The plan will open up a steady stream of state companies to greater private investment, and target the kind of annual divestment revenue that will be crucial to meet fiscal deficit targets.

Prime minister Narendra Modi’s administration already sold government stakes in a host of companies to raise a record $40.92bn in his first five-year term, nearly three times the divestment proceeds of $14.52bn achieved by the Congress party government in 2009-2014.

The government has identified a number of state-owned firms, including explorer Oil and Natural Gas Corp, oil refiner Indian Oil Corp, gas transmitter GAIL (India) Ltd, power producers NHPC Ltd and NTPC, miners NMDC Ltd and Coal India, and Bharat Heavy Electricals Ltd, said the sources, who declined to be named due to the sensitive nature of the matter.

“We have done a calculation on current prices and we could get Rs 3.25 trillion if we bring our stake down to 40 per cent in government companies, excluding banks,” one of the officials said.

The two officials, though, said the government is yet to gauge investor appetite for the state-owned companies and that the level of demand will be crucial to any timetable.

Analysts said the government would need to be flexible, especially given that a lot of the companies were in the resource sector and their prices would often depend on the volatility of commodities prices.

“The government should gauge investor interest and schedule an ideal timeframe that is in sync with the commodity cycle,” said Satyadeep Jain, a global metals and mining equity consultant.

Jain said the government should wait before selling stakes in companies such as Coal India as demand for its shares would be hurt by weak global coal prices. The country’s largest iron-ore miner NMDC would be a better target for sale as its stock has been buoyant this year, he said.

New Delhi wants to reduce its holdings in such a way that the cumulative stake of the government and state-owned companies such as Life Insurance Corporation (LIC) would continue to be above 51 per cent.

This year, the government is planning to put stakes in a group of companies into exchange-traded funds, which would then be sold on public markets and raise at least Rs 400bn, the officials said. The state’s stakes in those companies would be cut to 51 per cent in some cases.

The government has set a divestment target of Rs 1.05 trillion for the current fiscal year ending March 31, 2020.

It is in the process of identifying some power companies for a merger with a view to cutting its stakes to 40 per cent, one of the sources said.

Eventually, the officials say the government would like to see its shareholdings reduced to 26 per cent in some companies if the ruling Bharatiya Janata Party gets a third term.

“That step will be real privatisation,” the second official said.