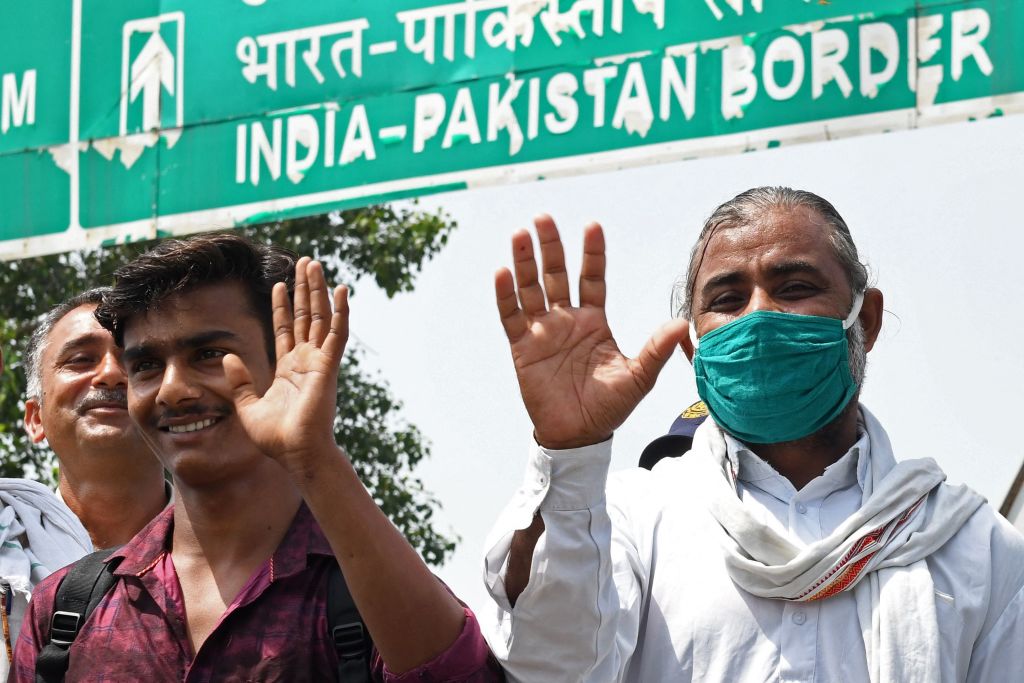 Pakistani prisoners wave as they pose for pictures after they were released by the Indian authorities as a goodwill gesture before crossing over to Pakistan at the India-Pakistan border in Wagah, about 35km from Amritsar on August 28, 2021. (Photo by Narinder NANU / AFP) (Photo by NARINDER NANU/AFP via Getty Images)

India on Friday (7) expressed concern over the growing number of deaths of Indian prisoners in Pakistani jails and said the western neighbour is “duty-bound” to ensure security of all Indians in its custody and that the incidents of deaths were alarming.

In a weekly press briefing, Arindam Bagchi, the spokesperson of the Indian ministry of external affairs (MEA) said, “These increasing incidents of deaths of Indian prisoners are alarming and raise the question of their safety and security in Pakistani jails.”

Six Indian inmates, who completed their jail terms in Pakistan, died in that country in the last nine months and New Delhi has raised the issue with Islamabad, Bagchi said.

He added that five of the six Indians were fishermen.

“Six Indians, five of them fishermen, died in Pakistani custody in the last nine months or so,” the MEA official said, adding, “All the six, interestingly, had completed their sentences, but what we would say, were illegally detained by Pakistan despite completing their sentences and in spite of multiple demands by the Indian side for their release and repatriation.”

He said the problem was an ongoing one.

“The increasing incidents of deaths of Indian fishermen is alarming and raises the question of their safety and security in Pakistani jails. The matter has been raised by our high commission in Islamabad as well as with the Pakistani high commission here,” he said.

“We would like to reiterate that Pakistan is duty-bound to ensure the safety and security of all Indians in its custody and we request the Pakistan government once again to release and repatriate all Indians immediately,” he added.

Indian minister of state for external affairs V Muraleedharan has said that the government has always given the highest priority to the security of Indian fishermen and all assistance is being provided for their early release from Pakistani custody.