India, Russia To Hold Bilateral Forum On Tiger Conservation In 2020 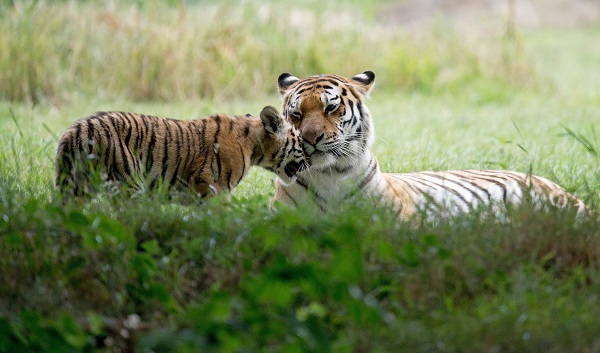 “Both the leaders attach a lot of importance to the environment and in particular to the tiger conservation,” foreign secretary V K Gokhale told a media briefing (Photo: OLI SCARFF/AFP/Getty Images).

INDIA and Russia on Wednesday (4) agreed to hold a joint high-level tiger forum next year, acknowledging the leadership role being played by both the countries to conserve the endangered species.

The decision was taken during a bilateral meeting held between prime minister Narendra Modi and Russian president Vladimir Putin in the port city of Vladivostok in Russia’s Far East Region.

“Both the leaders attach a lot of importance to the environment and in particular to the tiger conservation,” foreign secretary V K Gokhale told a media briefing.

“It has been decided that next year, India and Russia will do a bilateral forum to take forward the tiger conservation,” he added.

While Putin is known for steering Russia’s efforts to protect the Siberian tiger, which in recent years was brought back from the brink of extinction, Modi has been lauded for programmes aimed at increasing India’s tiger population.

The tiger population in India has risen to 2,967 in 2019 and the country has achieved its target of doubling the numbers, four years ahead of the scheduled deadline of 2022, as set by the 2010 St Petersburg Declaration on tiger conservation.

Gokhale said Modi conveyed to Putin that the population of tigers in India has significantly increased in the last decade.

The prime minister, he said, is aware of the special interest of the Russian President in preserving the Siberian tiger.

Since 2010, the Russian government has implemented a host of conservation measures that have helped the population of Siberian tigers to grow from near extinction to around 500 adults and approximately 100 cubs, according to a 2018 census done by Russia’s Ministry of Nature.

A joint press statement issued by Kremlin said: “The Russian Side hailed results of the 2018 All India Tiger Estimation, which established that India was home to 75 per cent of the global tiger population with 2,967 tigers.”

The first forum was held in Saint-Petersburg in 2010.

According to the World Wide Fund for Nature, an international non-governmental body working in the field of the wilderness preservation, worldwide there are only about 5,000 tigers remain in the wild, including the population in Russia as well as other sub-species in India, Bangladesh, Nepal and South Asia.