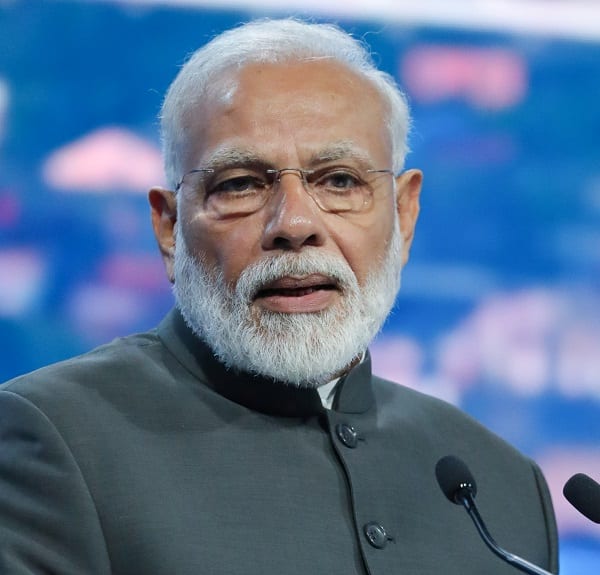 INDIA and Saudi Arabia will sign a raft of key pacts to significantly ramp up ties in several sectors including oil and gas, renewable energy, and civil aviation during Indian prime minister Narendra Modi’s two-day visit to the Gulf nation beginning Monday (28).

The major pacts to be signed included an agreement to launch an India-Saudi Arabia Strategic Partnership Council, an MoU to roll out the RuPay card, India’s digital payment system, and a separate one on bringing coordination between e-migration systems of the two countries, secretary in the Indian external affairs ministry T S Tirumurti said.

Briefing reporters on Modi’s visit, the official said both sides will also deliberate on further enhancing defence and security cooperation, adding the first naval exercise between the two nations will take place by end of this year or early next year.

Asked whether Modi will brief the Saudi leadership about India’s decisions on Kashmir, he said Riyadh has shown understanding about recent developments in the Valley.

On cross border terrorism, Tirumurti said both India and Saudi Arabia have concerns over terrorism which reflected in the joint statement issued after Crown Prince Mohammad bin Salman’s visit here in February.

The Saudi Prince will host a banquet dinner for Modi on October 29.

To expand energy ties, two countries are also set to sign an MoU for a joint venture between Indian Oil Middle East and with Saudi company Al Jeri for downstream cooperation and setting up of fuel retail business in the Gulf country.

Tirumurti said India has invited Saudi Arabia to participate in India’s s strategic petroleum reserves and that New Delhi hopes to finalise an MoU for it during the prime minister’s visit to the country.

Saudi Arabia is a key pillar of India’s energy security, being a source of 17 per cent or more of crude oil and 32 per cent of LPG requirements of India.

Another key agreement both sides are eyeing to finalise is in the area of migration and protecting interests of Indian work force in the country.

Tirumurti said both sides will finalise a framework for aligning e-migration system of both the countries.

“We hope to launch the integration of our e-migrate system and the Saudi system during the prime minister’s visit”, he said.

He said both sides are also expected to ink an MoU for cooperation in the area of renewable energy, adding a separate pact will be signed to increase number of flights between the two countries.

Talking about people-to-people contacts, he said the Saudi King had agreed to raise the Haj quota for India from 1,75,025 to 2,00,000 from the current year and the decision has already been implemented.

The official also said that Saudi Arabia has already releaded nearly 450 Indian prisoners as agreed to during the visit of the Crown Prince to India in February.

During his visit, both sides agreed to launch the India-Saudi Arabia Strategic Partnership Council to coordinate decisions regarding strategically important issues.

The council will be headed by prime minister Modi and Crown Prince Salman and it will meet at an interval of two years.