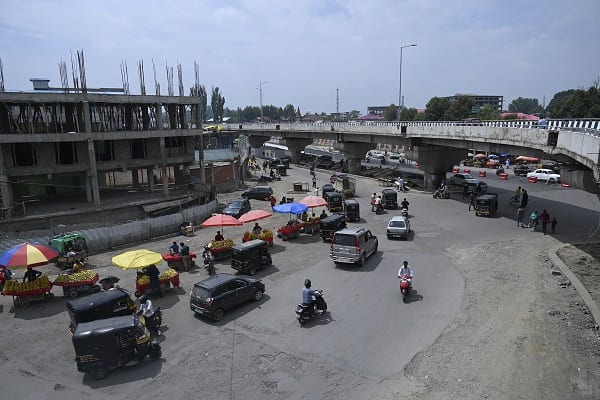 THE PDP will not be part of any “rhetoric” the Centre wants to build by concealing the “real situation” in Jammu and Kashmir, the party said on Tuesday, distancing itself from any member who attended a lunch hosted by NSA Ajit Doval.

Doval on Monday met for lunch a group of 27 European lawmakers, who are visiting Kashmir on Tuesday.

It was attended by senior Peoples Democratic Party (PDP) leader and former deputy chief minister Muzaffar Hussain Baig, among others from the state.

This is the first foreign delegation to go to Kashmir after abrogation of the state’s special status and the visit is being seen as a major diplomatic outreach by the government to counter Pakistan’s narrative on the situation in Kashmir.

However, critics have pointed out that most of the lawmakers belong to extreme right or right wing parties in their countries.

The PDP “officially distances itself from any (of its) members who attended (National Security Advisor) Doval’s lunch yesterday”, party spokesman and former legislator Firdous Tak said.

He told PTI that “a member’s interaction with the establishment must not be construed as the party’s endorsement for the same”.

Tak said if any leader has met the European delegation, he has done it in his personal capacity

Several leaders and activists from the state, including PDP chief Mehbooba Mufti, are under detention after the abrogation of the state’s special status on August 5

However, Tak said, “We hope that those who met the delegation must have projected the right situation”.

“The PDP has every reason to believe that normalcy theatrics by BJP government was the result of tremendous international and national pressure following its misadventures in J-K.
“The party will not be part of any rhetoric the government of India wants to build around by concealing the real situation in Jammu and Kashmir,” Tak said.

The PDP has been vociferously vocal and critical of the government of India’s move to illegally abrogate Article 370 provisions, he said.