India, US to expand agriculture trade 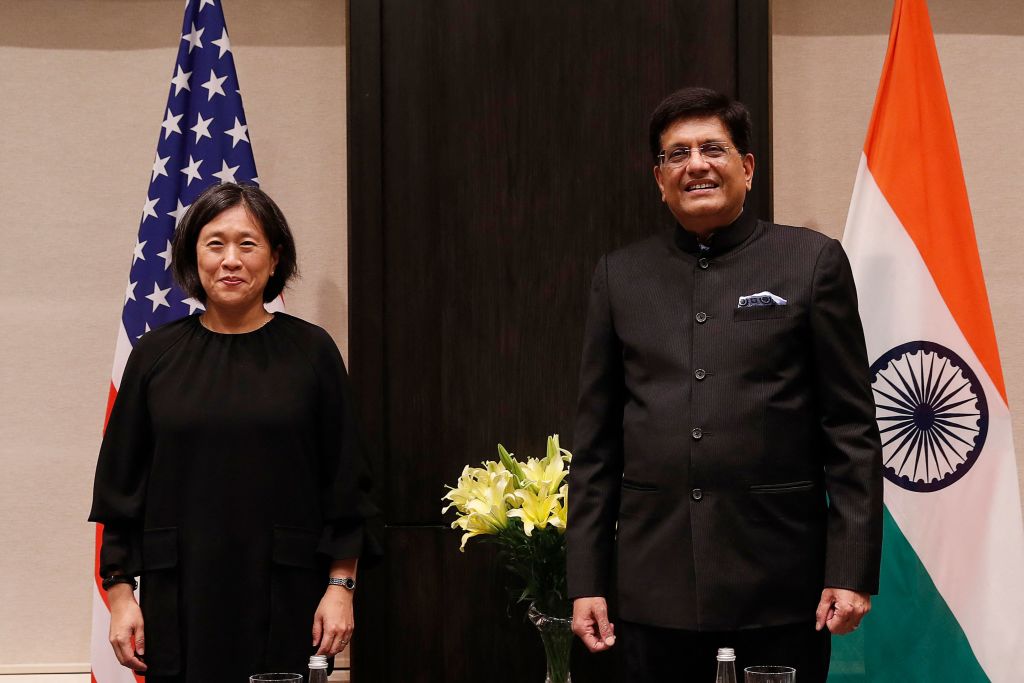 INDIA and the US on Tuesday (23) agreed to expand trade of some agricultural products, including American cherries, alfalfa and distiller dried grains besides Indian mangoes, grapes, shrimp and water-buffalo meat.

In a joint statement which was issued after the first US-India Trade Policy Forum meeting in four years in New Delhi, the two countries’ trade ministers discussed the possibility of restoring India’s trade benefits under the US Generalized System of Preferences (GSP), Reuters reported.

The statement came as US trade representative Katherine Tai concluded a two-day visit to try to rebuild ties between the US and India – the world’s richest and largest democracies.

“The ministers expressed an intent to continue to work together on resolving outstanding trade issues as some of these require additional engagement in order to reach convergence in the near future,” the statement from Tai and Indian commerce and industry Piyush Goyal said.

India and the US have sparred over a range of issues, including tariffs for over a year, hitting prospects of concluding a bilateral trade package between them.

The meeting between Tai and Goyal followed Indian prime minister Narendra Modi’s visit to the US in September during which he met president Joe Biden and they agreed to expand their trade ties to better relations.

“The forum heralds a new beginning in India-U.S. trade partnership,” Goyal said in a tweet after the meeting.

The two ministers agreed to use the “revitalized” forum to rapidly engage on new trade concerns as they arise and plan to quarterly evaluate progress.
The two sides also spoke over the US interest in supplying ethanol to India and speeding up phyto-sanitary work to allow more agricultural imports for both nations, including US pork and Indian table grapes.

During the talks, India also raised its interest in restoring its beneficiary status under GSP, the US programme that provides some tariff-free access for imports from developing countries that expired at the end of last year. The former Donald Trump administration had terminated India’s access to about $5.6 billion of annual exports in 2019 amid disputes over digital trade and other issues.

The United States said in the statement that “this could be considered, as warranted, in relation to the eligibility criteria determined by the US Congress”.
For India and other developing countries to receive trade benefits under the GSP, the US Congress would have to reauthorise the programme, which may come with new restrictions and conditions on labour and environmental issues, Reuters added.

Tai, who is accompanied in New Delhi by deputy US trade representative Sarah Bianchi, earlier spoke about market-access restrictions, high tariffs, unpredictable regulations and restricted digital trade between India and the US.

Bilateral goods’ trade between India and the US in the first nine months of 2021 rose nearly 50 per cent from a year earlier since the economies have started lifting the pandemic restrictions and are set to surpass $100 billion this year, the joint statement said.