CWG cricket: India women get closer to medal by thrashing Barbados by 100 runs 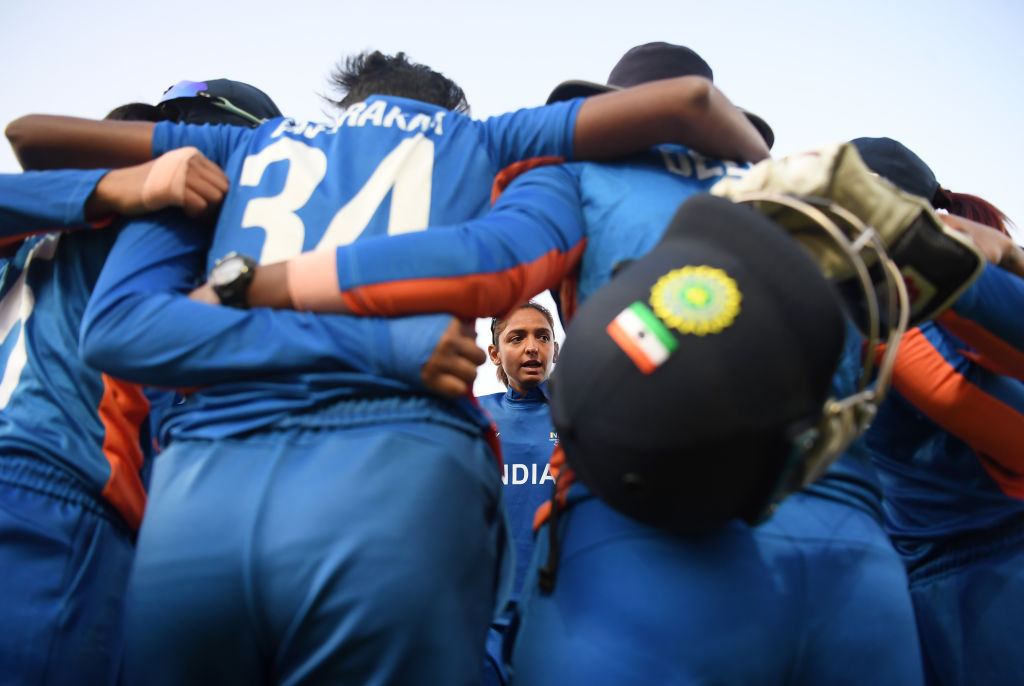 India captain Harmanpreet Kaur speaks to her team in a huddle during the Cricket T20 Group A match between Team India and Team Barbados on day six of the Birmingham 2022 Commonwealth Games at Edgbaston on August 03, 2022 in Birmingham, England. (Photo by Alex Davidson/Getty Images)

Renuka Singh’s four-wicket haul guided India to a 100-run victory over Barbados to seal a place in the semi-finals at the ongoing Commonwealth Games 2022 in Birmingham on Wednesday (3). Chasing 163 to win in 20 overs, the Barbados women, who defeated Pakistan in their first match, could only manage 62 runs for the loss of eight wickets.

For Barbados, Kyshona Knight was the top scorer with 16 off 20 balls.

Renuka in red-hot form claimed another wicket as she departed Kycia Knight, who went back to the pavilion after scoring three runs. The star bowler of India Renuka gave another blow to Barbados as she bowled out Aaliyah Alleyne and totally dominated the opponents by restricting them to play big shots, reducing Barbados to 20/4.

Renuka’s four-wicket haul in the powerplay completely dismantled opponents’ the top order. Barbados’ batters failed to score double-digit runs and all went back to the hut leaving their team far away from the victory. Barbados batters only managed to score only 62 runs after losing eight wickets in their 20 overs.

Earlier, India’s captain Harmanpreet Kaur and vice-captain Smriti Mandhana were unable to be much trouble to the score but Shafali Verma played a knock of 43 runs off 26 balls helping India to stabilize the innings in the first 10 overs. Jemimah Rodrigues then took over to smash a half-century and a useful cameo from Deepti Sharma helped India reach a score of 162 for four wickets.

India finished with four points from three games with wins over Barbados and Pakistan while they lost to Australia in their first game. They will take on either hosts England or New Zealand in the last-four challenge.