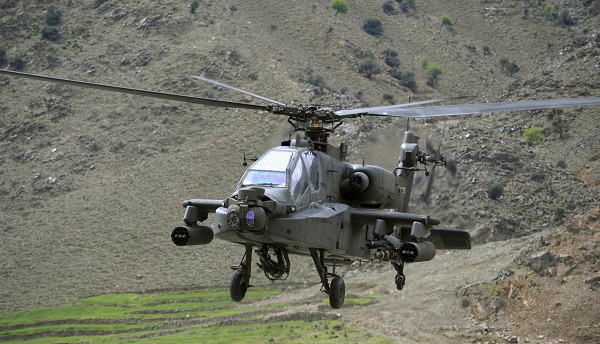 THE Indian Air Force inducted eight US-made Apache AH-64E attack helicopters here on Tuesday (3), which will give a major boost to its combat capabilities.

Officials said the aircraft were formally inducted at the induction ceremony at Pathankot Air Force station with Air Chief Marshal BS Dhanoa as the chief guest.

The AH-64E Apache is one of the world’s most advanced multi-role combat helicopters and is flown by the US Army.

“Eight of the Apache attack helicopters inducted into the IAF, that will enhance the force’s combat capabilities,” a senior IAF official said.

The ceremonial key was handed over to IAF Chief Dhanoa by the Boeing company president.

The IAF had signed a multi-billion dollar contract with the US government and Boeing Ltd in September 2015 for 22 Apache helicopters.