Indian-Americans Urge US To ‘Fully Support’ India On Kashmir 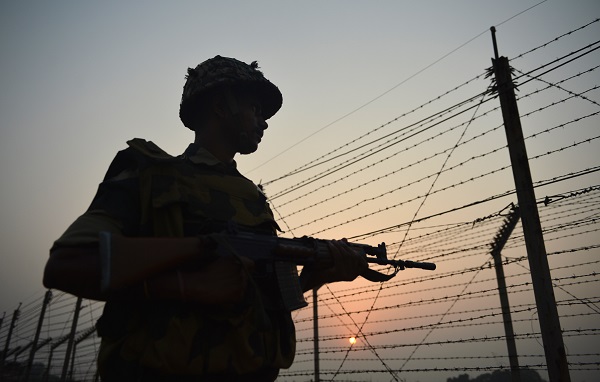 “We urge the US to fully support India’s internal sovereign decisions on Kashmir and to continue to exert pressure on Pakistan to end its support of cross-border terrorism, so the Kashmir conflict can be resolved once and for all,” Samir Kalra, managing director of Hindu-American Foundation (HAF), said (Photo: TAUSEEF MUSTAFA/AFP/Getty Images).

THE Indian-American community in the US has urged the Trump administration to “fully support” India’s decision to revoke the constitutional provision that accorded special status to Jammu and Kashmir and to continue to exert pressure on Pakistan to end its support to cross-border terrorism.

The Indian government abolished Article 370 and moved a separate bill to split the state into two union territories of Jammu, Kashmir and Ladakh

Article 370 granted special status to Jammu and Kashmir and allowed it to have its own flag and constitution, among other rights.

“We urge the US to fully support India’s internal sovereign decisions on Kashmir and to continue to exert pressure on Pakistan to end its support of cross-border terrorism, so the Kashmir conflict can be resolved once and for all,” Samir Kalra, managing director of Hindu-American Foundation (HAF), said.

Kalra said that the abrogation of Articles 370 and 35A, which were only intended as temporary provisions, is an important step in bringing about a solution to the Kashmir issue.

“It will help better integrate the residents of Jammu, Kashmir and Ladakh into the rest of India and apply one set of equal laws across the country,” Kalra said.

Moreover, it will help create conditions for the full rehabilitation and resettlement of the Kashmiri Pandits in the Valley, he added.

Krishna Reddy, President of Overseas Friends of BJP (OFBJP), said that this is Narendra Modi government’s best gift to the nation on the occasion of 73rd Independence Day of India.

“It is a historic day as Modi government could deliver a long-awaited decision of scrapping article 370 and corrected the historic blunder made by the Nehru government,” Reddy said.
According to him, OFBJP and other Indian diaspora organisations are organising celebratory events in the coming next two weeks.

Welcoming the decision, the World Hindu Council of America said that with the removal of this special status, the regions of Jammu,Kashmir and Ladakh will finally be fully integrated with the rest of India, allowing effective and sustainable development in these regions.

“We hope that people from all over India, will join the people of Jammu, Kashmir and Ladakh in celebrating this momentous occasion,” it said.

New York-based attorney Ravi Batra said that this action must deliver enhanced peace and security to Jammu and Kashmir, as well as between India and Pakistan.

“It’s time for the Sub-Continent to celebrate freedom – not only from colonialism – but terror too. The United States, as a friend of the Sub-Continent, wants peace and prosperity to reign, not fear and terror,” Batra said.

Indian-American Puneet Ahluwalia said that it should not come as a surprise, as revocation of 35A and 370 has always been part of BJP’s manifesto.

“There are forces in Kashmir and neighbouring Pakistani establishment who would likely want this bold internal initiative to fail. This is a sensitive action which can either turn into a nightmare or paradise for the Kashmiri community,” he said.

The community of Kashmiri Pandits in the US too rejoiced the Indian government’s move, saying that this paves the way for their return to the homeland in the near future.

“The move by the Indian government will also improve the security situation with respect to cross border terrorism and bring peace, harmony and stability in Jammu-Kashmir, now a new Union Territory of India,” said Vijay Sazawal from the Indo-American Kashmir Forum.

Indo-European Kashmir Forum (IEKF) based in London and Geneva, and the Indo-Canadian Kashmir Forum (ICKF) based in Ottawa, also came out in support of the government’s decision, saying that finally Kashmiri minorities, particularly the Kashmiri Pandits, will receive justice and be able to reclaim their ancestral lands from where they were driven out in 1989-1990, he said.

Jeevan Zutshi from Kashmir Task Force said, “not only the Kashmir problem has been solved with this historic abrogation of article 370 but it also vindicates all Kashmiris, of all faiths, some of whom lost their lives due to turbulence and some, like Kashmiri Pandits, who had lost their roots completely.”

The community members hoped that these constitutional amendments will enable them to get justice, reverse ethnic cleansing and reclaim their ancestral homeland.

These moves by the Indian government will also improve the security situation with respect to cross-border terrorism and bring peace, harmony and stability in Jammu and Kashmir, they said.