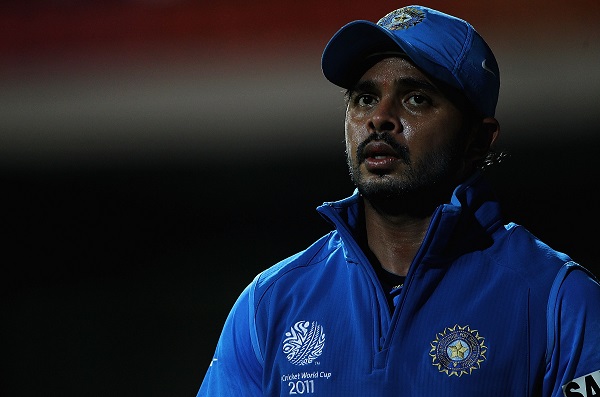 The decision comes after the Supreme Court of India set aside the life ban imposed on Sreesanth by the BCCI and asked the board to reconsider the length of any fresh ban (Photo: Matthew Lewis/Getty Images).

INDIAN fast bowler Shanthakumaran Sreesanth’s ban for alleged spot-fixing has been reduced to seven years, with the sanction period coming to an end on September 13, 2020, the Board of Control for Cricket in India (BCCI) has said.

The decision comes after the Supreme Court of India set aside the life ban imposed on Sreesanth by the BCCI and asked the board to reconsider the length of any fresh ban.

“I am of the view that banning Sreesanth from participating in any kind of commercial cricket or from associating with any activities of BCCI or its affiliates, for a period of 7 years with effect from September 13, 2013,” BCCI ombudsman DK Jain said in a statement.

“The date from which, the period of ban imposed by the Disciplinary Committee had commenced, will meet the ends of justice.”

Spot-fixing involves the manipulation of individual incidents within a match which may not affect the outcome of the contest.

Sreesanth along with his Rajasthan Royals team mates Ajit Chandila and Ankeet Chavan were arrested by Delhi police on suspicion of spot-fixing during the sixth edition of the IPL in May 2013.

The BCCI followed the arrest of Sreesanth with their own charges against the player relating to the match against Kings XI Punjab, played on May 9.

Sreesanth has maintained that all the charges against him are false. He has played 27 tests, 53 one-day internationals and 10 Twenty20 internationals, claiming a total of 169 wickets.