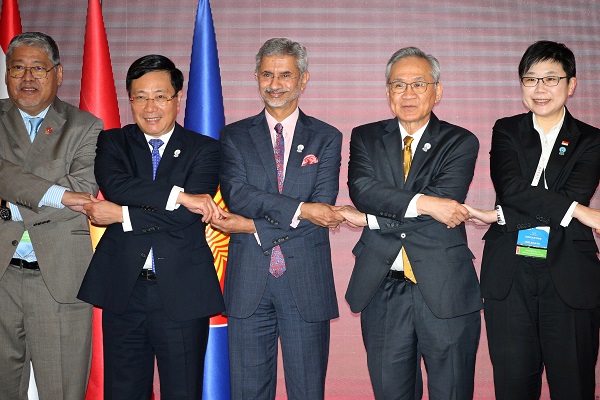 INDIA’S External Affairs Minister S Jaishankar on Thursday (1) held a series of bilateral meetings here with his counterparts from Thailand, New Zealand, Japan, and the European Union during which he discussed with them a host of key issues, including Indo-Pacific and maritime partnership.

“Off to an early start. Warm meeting with #ASEAN Chair and India Country Coordinator, Foreign Minister of Thailand Don Pramudwinai. Discussed expanding our maritime partnership; BIMSTEC cooperation and partnering in ACMECS,” he tweeted.

He met Federica Mogherini, the High Representative of the EU for Foreign Affairs, and commended her personal contribution towards deepening India-EU relations.

The foreign minister also held talks with his Japanese counterpart Taro Kono and discussed a range of issues of mutual interests.

“Carrying on from the Osaka #G20 meeting. Good exchange of views with Japanese FM,” he tweeted.