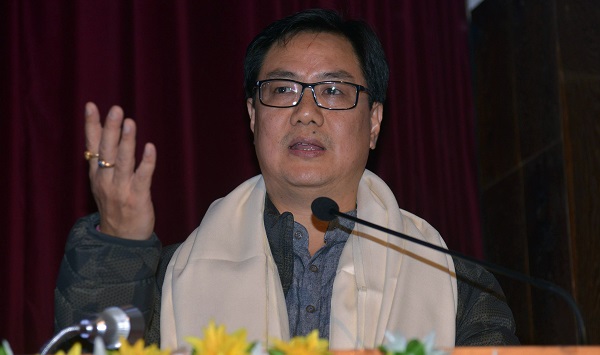 For the first time since 1974, shooting has been excluded from the Games roster due to logistical issues. However, CGF president Louise Martin maintained that shooting has never been a compulsory sport in the Games (Photo: NARINDER NANU/AFP/Getty Images).

INDIAN sports minister Kiren Rijiju has written a letter to UK secretary of state for digital, culture, media and sport (DCMS) Nicky Morgan, seeking her intervention for the inclusion of shooting in 2022 Birmingham Commonwealth Games.

For the first time since 1974, shooting has been excluded from the Games roster due to logistical issues.

However, CGF president Louise Martin maintained that shooting has never been a compulsory sport in the Games.

Shooting has been India’s strong points in the Commonwealth Games and the sport’s exclusion didn’t go down well with the Indian Olympic Association, which has threatened to boycott the quadrennial event if the decision is not considered.

Highlighting India’s concerns over the sport’s exclusion from the games, sports minister Rijiju wrote a letter to Morgan on Tuesday (3), seeking her intervention in getting shooting back in the Birmingham roster.

“I am writing to seek your personal intervention to get the sport of shooting included in the Commonwealth Games, 2022 scheduled to be held in Birmingham, UK,” Rijuju wrote in his letter to Morgan.

“It seems the decision to exclude shooting is based on the premise that shooting had never been a compulsory sport and there is no venue available for holding shooting events,” he added.

Shooting has yielded rich dividends for India in the Commonwealth Games with the country’s shooters winning seven gold medals including 16 podium finishes at the last edition of the Games in Gold Coast.

In his letter to Morgan, Rijiju said the shooting is a popular sport in India and it’s exclusion has “agitated” a lot of stakeholders back home.

The sports minister said India’s request for shooting’s re-inclusion cannot be ignored as the country holds a significant position among the Commonwealth nations.

“The Commonwealth of Nations comprises of 53 nations with a population of 2.4 billion. India alone has more than half of this. India has always been a strong votary and supporter of Commonwealth and would continue to do so,” Rijiju wrote.

“The Indian public takes a keen interest in shooting. In a constructive gesture, the International Shooting Federation (ISSF) has offered to share the cost for the inclusion of shooting in Birmingham CWG,” he added.

Shooting has featured in every Commonwealth Games since 1966 with the exception of Edinburgh 1970.

But in its Executive Board meeting in June, the CGF recommended the inclusion of three new sports while dropping shooting, triggering angry reactions from India’s Olympic community.