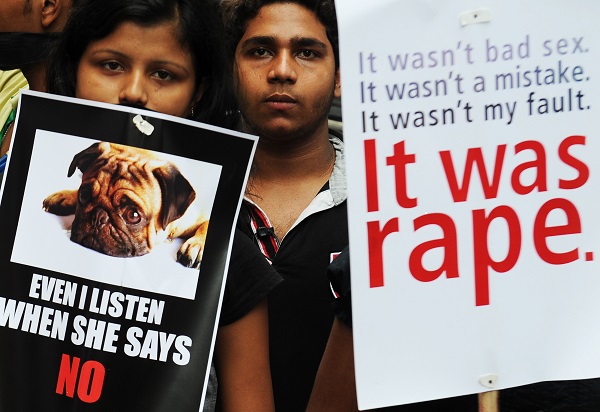 AN Indian mother and her daughter were beaten and had their heads shaved by a group of men after they resisted a gang rape attempt, police said on Friday (28), in the latest attack to highlight the dangers facing women in the country.

Seven men, including a local government official, barged into the women’s home late on Wednesday (26) in northeastern Bihar with the intent of raping the teenage daughter, senior police officer Sanjay Kumar said.

“When the mother and daughter protested, the men got angry and called a local barber, who shaved their heads,” Kumar told by telephone.

He said the men then assaulted the mother and daughter with sticks and paraded them around the village before neighbours started to protest against their treatment.

“We have arrested two men and are searching for the other five,” he said, adding that the criminal investigation was ongoing.

India has a grim record of sexual violence against women despite legal reforms after the gang rape of a Delhi student on a bus in December 2012, which triggered global outrage.

India registered nearly 40,000 rapes in 2016 or an average of about 100 cases each day, according to the latest government data.

The incident in Bihar is not an isolated one. Earlier this week, a man in the northern state of Uttar Pradesh ran over and killed two women with his car after they protested against his attempt to molest one of their daughters.

Four men attacked a girl with acid in Bihar in April after she tried to fight off their gang rape attempt.

In 2014, village elders in Bihar shaved the head of an orphan girl, blackened her face with ash, and paraded her through their neighbourhood as punishment for talking to her boyfriend in a public place.