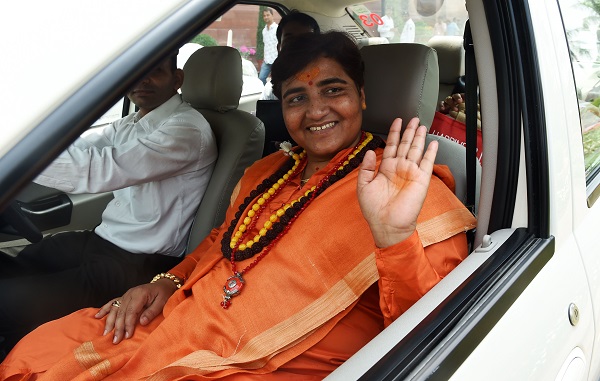 “I met a holy man during the elections who warned that the opposition might use black magic and killing powers against the BJP,” the newly elected Pragya Thakur from Modi’s Bharatiya Janata Party (BJP) said.

“He warned because of the evil powers bad times are upon us and it would harm the party and the leaders who are efficient, hardworking and manage the party affairs,” she said in Bhopal, adding that the saint cautioned her to take “precautions”.

Thakur became a national lawmaker in elections earlier this year despite being charged with terrorism and criminal conspiracy over a deadly 2008 bomb blast, has long courted controversy.

The bombings that killed six people and injured more than 100 others was one of scores of attacks that investigators said were carried out by militant groups to target Muslims.

Released on bail in 2017 after nine years in detention, she denies the charges and accuses then ruling Congress party of implicating her to defame Hindus.

During the election campaign in India, Asia’s third largest economy she hailed the assassin of the country’s freedom icon Mahatma Gandhi as a ‘patriot’, earning her a rebuke from Modi.

Thakur, who joined the BJP in April and now represents the central industrial city of Bhopal, also said that the policeman who arrested her died in the 2008 Mumbai attacks because she had willed his destruction.

Thakur also raised eyebrows for claiming that drinking cow urine had helped cure her cancer and extolling the benefits of drinking a concoction of milk, butter and cow dung.

A spokesperson for the opposition Congress said Tuesday (27) that the 49-year-old has lost her mental balance and advised her to undergo treatment.