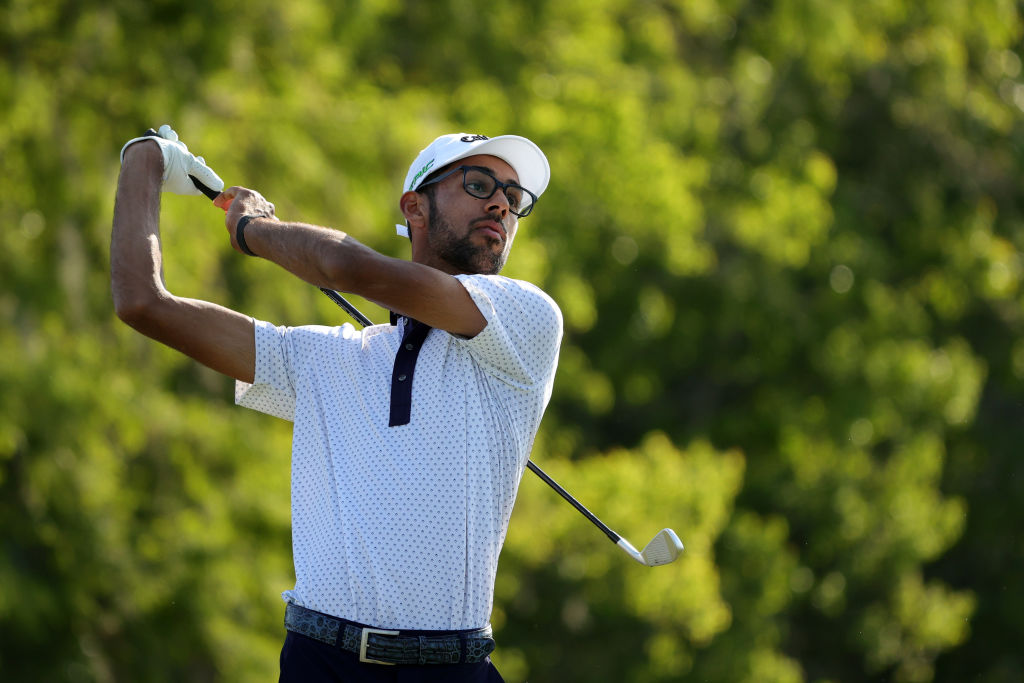 TEEN Indian-origin golfer Akshay Bhatia on Wednesday (19) became the third youngest player to win a Korn Ferry TOUR (KFT) by securing a two-stroke victory at The Bahamas Great Exuma Classic at Sandals Emerald Bay in the Bahamas, the West Indies.

Bhatia joined Australia’s former world No.1 Jason Day and Korea’s Sungjae Im as the only teenagers to win on the development circuit which is the pathway to the PGA TOUR following a bogey-free 7-under 65 in the final round.

Bhatia, who was born in California, the US, closed out his win in style after making birdie on 17.

With 156 yards to the pin on the par 5 18th hole, he wedged his approach to the inside of a foot to secure the first victory of his career.

“I reflected back on (2021) U.S. Open (qualifying). I hit a pitching wedge to like three feet, four feet, so I was just trying to do the same thing. For it to hit the flag and have a tap-in was awesome. Golf is crazy,” Bhatia said in a statement.

Playing out of the “Finishers 151-200 in the 2020-21 FedExCup Standings” category, Bhatia’s priority number got him in the field this week for his fifth KFT start.

He is now setting his eyes to the fastest route to the PGA TOUR.

“I have never had a schedule. To be able to have a schedule and look forward to playing certain events… there’s all those things I get to look forward to this year. I would like to win three and get promoted to the PGA TOUR, so I guess that’s my goal,” he added.