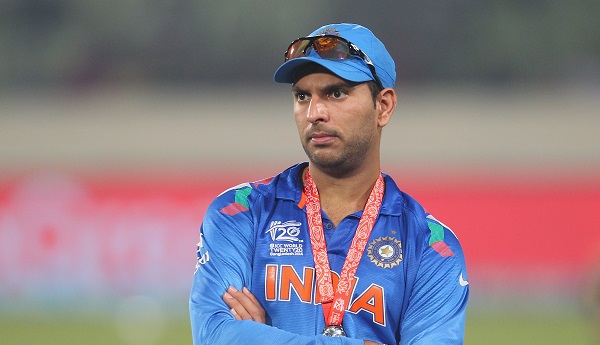 Yuvraj played 40 Tests, 304 ODIs and 58 T20Is for India. He put together 1900 runs in the longest format, and 8701 in the one-dayers, the format in which he enjoyed most success (Photo: Scott Barbour/Getty Images).

FIGHTING back tears, Yuvraj Singh Monday (10) announced retirement from international cricket, ending a “rollercoaster” career during which he became the hero of India’s 2011 World Cup triumph and fought a gritty battle with cancer.

“After 25 years, I have decided to move on. Cricket has given me everything and is the reason why I stand here today,” the 37-year-old Yuvraj said addressing the media here.

“I was extremely lucky to play 400 games for India. I could have never imagined it when I first started playing cricket,” he added.

Yuvraj played 40 Tests, 304 ODIs and 58 T20Is for India. He put together 1900 runs in the longest format, and 8701 in the one-dayers, the format in which he enjoyed most success.
“It was a love-hate relationship with this game. I can’t explain what it really means to me. This game taught me to fight. I have failed more times than I succeeded and I will never give up,” he said.

The attacking left-hander listed the 2011 World Cup triumph, being a man of the match in the event’s final, getting six sixes in an over against England in the same tournament and his first Test hundred, against Pakistan in Lahore in 2004, as the three most special moments of his career.

The battle with cancer soon after the 2011 World Cup triumph was perhaps the biggest challenge that he encountered.

“I was not going to let that disease defeat me,” he said.

However, his cricketing form had been on the wane for a while. Yuvraj last played for India in a T20I against England in 2017. His last Test appearance was back in 2012.

He turned up for Mumbai Indians in this year’s IPL but didn’t get many chances.